A highlight of each issue of Vintage AirMail will be to focus on one of the many antique aircraft havens that exist throughout the country. There are numerous airports that provide a home for a large number of antique and classic aircraft.

Tell us about your special airport that is home to vintage aircraft. You may have big events or a small group of people, we’d like to hear about it and feature your airport in upcoming issues.

Click here to send a message to Ron. He would love to hear your vintage airport stories…

DC-3 Weekend at Marion, IN Fly-In/Cruise-In - by Ron Alexander What a weekend in anyone’s book! I was privileged to fly my DC-3 to Marion, Indiana to participate in the annual Fly-In/Cruise-In event spearheaded by VAA member Ray Johnson. If you have not attended this fly-in you should put it on your list. It is a gathering of airplanes, tractors, cars, etc. […] 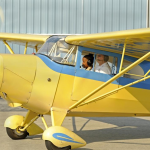 Airport Action: EAA Chapter 690 - by Ron Alexander, VAA 27150 Editor’s Note: Thanks to Randy Epstein Chapter 690 President for his assistance with this article. I am privileged to have been associated with EAA Chapter 690 for many years. This very active chapter is located in Lawrenceville, Georgia, just to the northeast of Atlanta. The chapter celebrates its 35th anniversary […]
Airport Action: CANDLER FIELD YOUTH PROGRAM - by Ron Alexander, VAA 27150 CANDLER FIELD YOUTH PROGRAM: FIRST PROJECT NOW FLYING In December, 2013 Candler Field Museum, located in Williamson, Georgia (just south of Atlanta) began a Youth Mentorship Program. The purpose of the program is to provide a means for young people to become interested in an aviation career. The aviation community […]
AIRPORT ACTION: Sebring, FL, EAA Chapter 1240 and Youth - by Ron Alexander, VAA 27150 It is very well known that the state of Florida has a very active aviation community. Sebring, Florida is no exception. Most of us are aware of the fly-in held each January highlighting LSA activities. It is the U.S. Sport Aviation EXPO that takes place each January. The event draws […] 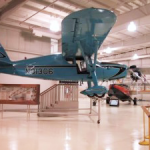 Airport Action: Young Aviators at EAA Chapter 838, Racine, WI - by Ron Alexander, VAA 27150 We continue to focus this newsletter section on airports around the country that are home to VAA or EAA Chapters who are making a difference in aviation. By that we mean they are taking an active role in promoting and encouraging young people to become more active in aviation related […] 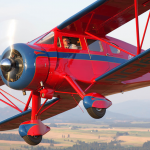 Airport Action: Felts Field, A Slice of History - by Ron Alexander, VAA 27150 (Note: Thanks to Jack Hohner, President of EAA Chapter 79, for assistance with this article). Spokane Washington is one of those towns with its own peculiar character. It’s not too big or too small. It gets just the right amount of rain. It has diverse geography including rugged mountains, pleasant […] 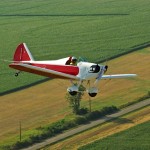 Airport Action: “Flatland Flyers” of VAA Chapter 16 - by Ron Alexander, VAA 27150 Vintage Aircraft Association Chapter 16, also known as “Flatland Flyers” was founded in 1986 by 5 antique airplane nuts (3 of which are still members). The chapter was formed as an alternative to the hugely successful EAA chapter 200 that had its emphasis on homebuilt aircraft, not antiques or classics. […] 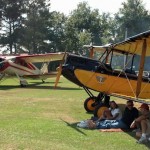 Airport Action: VAA Chapter 3 in Walnut Cove, NC - by Ron Alexander, VAA 27150 Vintage Aircraft Association Chapter 3 was originally named the Carolinas Virginia Antique Airplane Foundation. This active group of antiquers has its headquarters in Walnut Cove, North Carolina. Most of their members are from the Carolinas and Virginia with quite a few members from other states such as New Jersey, Tennessee, […] 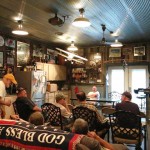 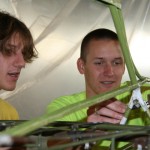 Airport Action: 88Charles at Palmyra Airport (88C) - by Ron Alexander, VAA 27150 “We don’t build airplanes with kids. We build kids with airplanes.” That is the slogan of the group we are presenting in this month’s vintage airport feature. The airport where this organization is located is the Palmyra Airport in southeast Wisconsin and the designator for the field is 88C. This […]