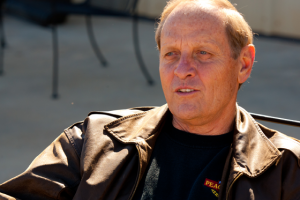 It is very well known that the state of Florida has a very active aviation community. Sebring, Florida is no exception. Most of us are aware of the fly-in held each January highlighting LSA activities. It is the U.S. Sport Aviation EXPO that takes place each January. The event draws aircraft literally from all over the globe. Exhibits of new aircraft designs and special events fill the four days of the “EXPO”.

What you may not be aware of is that EAA Chapter 1240 is located on the airport. This very active chapter was incorporated in 1998 and was originally located in Avon Park, Florida. A few years later it was moved to Sebring Regional Airport (SRA). Upon their initial move the airport provided two T-hangars for the chapter to use rent free to store materials and conduct activities. 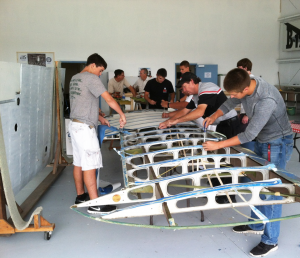 As the chapter developed one of their main objectives became youth aviation education and involvement. The EAA Young Eagles program provided the impetus to begin. Because of their emphasis on youth they were able to acquire a donated 1958 Aeronca Tri-Champ through the Build-A-Plane organization. They were tasked with putting fabric on that airplane. A few years later a 1946 Aeronca Champ in need of restoration was secured through a private donation.

The chapter was founded by Ron Owen, Aaron Dermid, and Bill Leftwhich in 1994. It was the mission of Ron Owen to have their own hangar and develop a Young Eagle program. Ron and Bill raised money for the chapter and within the first three years of operation they had flown over 300 kids. Ron Owen was an active officer in the chapter for over 7 years.

Chapter member John Rousch was teaching an Aerospace class at Lake Placid high school in Lake Placid, Florida. The course was developed in 1999 and grew to be a very popular program. At that time it was the only aerospace/aviation high school course in the school district and one of few in the state of Florida. John was instrumental in transferring his knowledge and experience with aviation education to the members of Chapter 1240 along with other local organizations. 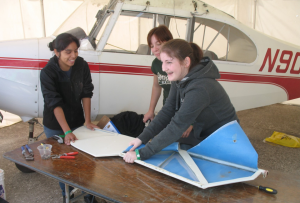 In 2009, a Memorandum of Agreement was initiated and adopted by Chapter 1240 to form a partnership between the chapter, the Sebring Regional Airport, the Highlands County School Board, and Heartland Workforce Board to promote youth aviation education and to support the STEM curriculum (Science, Technology, Engineering, and Math).

This partnership was recognized as unique and forward thinking to bring more attention and involvement in aviation activities within the community. It proved to be very successful and led to the regional and local support to build the EAA Chapter 1240 Aviation Development Center. This became headquarters for the chapter and the center of many community based events focusing on youth aviation education. The chapter membership doubled after the building was completed in August of 2013.

A word about the building. Their new education building is located on the southwestern end of the flight line at Sebring Airport. It is 60 ft x 70 ft with a 40 ft x 70 ft hangar for aircraft projects. The remainder of the space is used for a classroom, bathrooms, and storage. They received a very generous donation to begin the project. The James Ray Aviation Education Foundation of Naples, Florida caught their vision and donated money toward the project. The chapter then hired a general contractor who was willing to take on construction at cost.

There are efforts underway to renew and expand the partnership agreement to provide youth aviation education programs to all three high schools in the local school district. The effort has also led to the involvement of youth in intern programs with many of the local aviation businesses.

The chapter hosts an annual fund raising dinner for their Youth Aviation Education Fund. Recently, they were privileged to have Col. Richard Graham share his experiences as a pilot of the SR-71. The chapter has been able to bring to their area other notable aviation greats including national aerobatic champion Patty Wagstaff and Lt. Col. Leo Gray, one of the original Tuskegee Airman with P-51 combat experience. John Rousch said this best in one the chapter newsletters – we are …“Stewards of our History, Framers of our Future. Understanding the effort and sacrifice others made to make the history we know develops a responsibility to be sure their stories are told and remembered. We need to make our connections so they are not just footnotes of abstract dates and places in the past.” 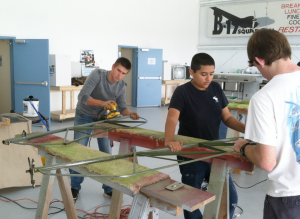 As you can see this is no ordinary group of aviation folks. They are taking their role of educating our youth in aviation activities seriously. They are dedicated and they are making things happen. Their location has a very distinguished history. The Sebring Regional Airport was a B-17 training base during WWII known as Hendricks Field.

Chapter 1240 recognizes and supports the significance of this legacy by hosting the EAA B-17 program and assisting with Warbird formation training. One of their members has a Stearman that was once based at Tuskegee. This is all part of EAA 1240’s effort to recognize their legacy while holding a vision that takes them into the future with their youth program. Member and Aerospace Instructor John Rousch states “Our youth are 25% of our population and 100% of our future.”

Authors note: My thanks to John Rousch for providing information and assistance with this article. We all hear a lot of rhetoric about the future of aviation and who will guide it. I have been encouraged by a number of local groups around the country who are leading this effort on their own. I have presented several of them in the Vintage enewsletter throughout the past several months. Very simply they are dedicated individuals who have a vision for what needs to be done to encourage young people to seek a career in aviation. They have taken the initiative to put in place organized programs that are working. EAA Chapter 1240 in Sebring is a prime example. A group of like-minded individuals get together with a common goal, find others who will help, and start making a difference. As the old statement goes “they are not only talking the talk but they are walking the walk.” Let’s get out and get behind the people who are taking action while we help other groups to begin a similar program. Enough of the woe and gloom we hear about the future of aviation. We all need to get on board and do something at our local level. There are plenty of examples of successful youth programs for us to emulate. All of the people who have developed successful programs will be more than happy to help you do the same.