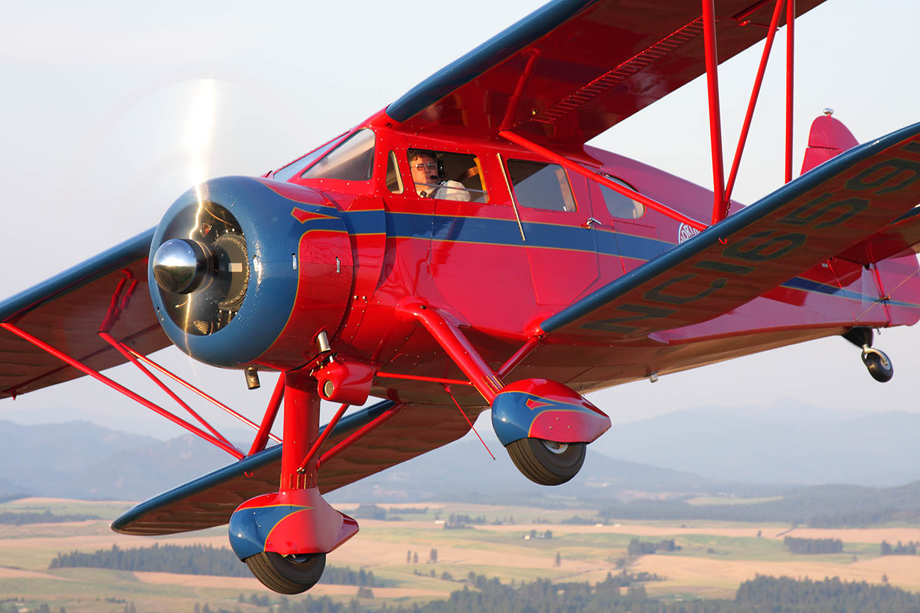 (Note: Thanks to Jack Hohner, President of EAA Chapter 79, for assistance with this article). 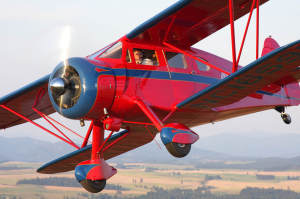 Spokane Washington is one of those towns with its own peculiar character. It’s not too big or too small. It gets just the right amount of rain. It has diverse geography including rugged mountains, pleasant valleys, lots of lakes, acres of prime farm land and a beautiful river running right through the heart of it. And it just so happens that right on that river, just three miles from downtown, is one of the sweetest airports you will ever have the pleasure of landing at: Felts Field.

Not only does this historic field have two parallel paved runways pointed at 40 degrees toward the magnetic north pole, it has a grass strip in between them and to top it off, a seaplane base! The mighty Spokane River is just a few hundred feet north of, and parallel to, the northern runway. The field sports a control tower that operates 7 days a week from 6:00 a.m. to 8:00 p.m.

Fortunately, for those who fly primarily for pleasure, there is not much commercial aviation. That is to say no scheduled passenger service. There is an active helicopter flying school, and with the Medstar flying ambulance service based there, there is a pleasant amount of helicopter traffic. Throw in a homebuilt gyrocopter that circles the pattern for an hour every few day and you have more rotor craft activity than most airports. T he Skyway café based next door to the control tower not only has the finest ambiance you could ask for in an eating establishment, it also has great food. The general public flocks there, but it also has tables that are the unspoken domain of the seasoned airport bums. Kind of like the coffee shop sofa in the sitcom “Friends.” The quantity of lies told at those tables certainly rivals the halls of congress. 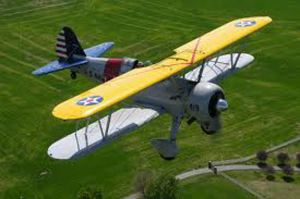 Felts is also the home of the Spokane Community College A & P School, the Spokane Turbine Center, Moody Aviation and a few private charter services. With such limited commercial activity based at Felts, there is plenty of empty airspace for the recreational pilot, of whom there are many… and they sport a large collection of antique and classic aircraft. It is rumored that Felts hosts more Stearman biplanes than any other airport in the country. It is appropriate that this field has so many antique aircraft. Felts Field has some amazing history. For starters, it is the third registered airport in the country, given the official status of “Air Port” in 1926 by the Department of Commerce. But this distinction came by no accident. The first pilot to fly over the Rocky Mountains, Cromwell Dixon, landed in Spokane in 1911 and collected $10,000 for performing this dangerous feat. Spokane continued to be a hot bed of aviation advancement. And then in 1924 Felts Field became the designated base for the New 116th National Guard Squadron, which was actually the third squadron designated in the United States.

With 13 officers and a collection of surplus Jenny’s and other planes from WW1, and some fledgling commercial operations, Felts Field began growing. In the early twenties airshows would attract 30,000 spectators. In 1927, Felts Field of Spokane secured the hosting of the National Air Derby. This was a big deal with over $60,000 offered in prizes to the various racers. A fortune in those days! In addition to the big money being put up for the race, the fact that 100,000 people attended the event certainly gives you an idea of the excitement over aviation in those days.

One of the first officers in the 116th National Guard Squadron was Spokane’s most famous aviator: Nick Mamer. His face and name became synonymous with Spokane Aviation. He did much for growing aviation at Felts and ran the Mamer Air Transport Company. By the late 20’s he had expanded to operating Ford Trimotors. This period was almost a frenzy concerning the zest for all that was aviation related. Mamer did not disappoint in this regard. In 1929 he set a record in a Buhl aircraft christened the “Spokane Sun God.” He and his co-pilot, Art Walker stayed airborne for 7200 miles, refueled in the air 49 times, transversed the continent and were aloft for five days and nights. 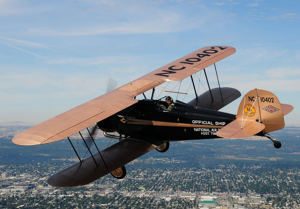 By 1933 Felts Field was included in the air routes of Northwest Airlines; later to become Northwest Orient Airlines. This was a classic time for commercial aviation with practical airliners like the DC-3 and others coming into service. The original control tower was a small, third story room on top of the art deco terminal building that now houses the Skyway Café. One can just picture the DC-3’s parked out front while passengers walked out on the ramp to board. But alas, aviation continued to grow and by 1950 commercial aviation moved 10 miles to the southwest of Spokane to the new Spokane International Airport.

The good news is that what stayed behind at Felts Field was a collection of “dyed in the wool” aviators who never left those golden years of aviation. The vintage aircraft were kept alive by pilots who founded one of the first Experimental Aircraft Association chapters. Skeeter Carlson, now 94 years old, maintained his own strip with a collection of over 40 antique and classic planes. A Ryan airplane owned by Skeeter was actually used as the airplane Charles Lindbergh flew in the “Spirit of St. Louis” movie starring Jimmy Stewart.

Today Felts Field airport is home to over a dozen Stearman Biplanes, the first Boeing airliner….a 1927 Boeing B40 biplane, a Laird Biplane, the second Stearman biplane every built, a vintage Stearman Speedmail, a T-6 Texan, a Grumman Goose, a WACO cabin class biplane, a 1928 Stinson SM-2, and more cubs than you can shake a stick at. Most of these aircraft and others can be seen every June at the annual Felts Field Neighbor Day. The field is open to the general public, admission is free, and about 10,000 people pass through the airport that day.

In addition, the Honor Point Museum displays some of their collection. Several pilots perform fly-by demonstrations and a formation flying demonstration by several of the Stearman pilots is generally the highlight of the day. The center of activity is at the EAA chapter 79 hangar and clubhouse. Most years the chapter also hosts the EAA B-17 bomber. This year they may also include an EAA Ford Tri-motor. Rides are available on these two vintage aircraft. In addition, rides in a 1928 Standard Biplane and helicopter rides are available.

Regardless of the fact that the biplane was obsolete by the early 1930’s, Spokane’s Felts Field hasn’t seemed to receive that memo. The vast collection of planes residing there only seems to stimulate the continued interest in other pilot/restorers to drag home a rusted carcass and work tirelessly to give it a second chance at life. The EAA chapter, being one of the most active in the country, contributes to the network of these restorers. In addition, the chapter is working with the efforts of the Honor Point Museum to help create a home next door to the EAA 79 headquarters.

American vintage aviation is a legacy that needs to receive continued nourishment. In that regard EAA 79 plays a part by encouraging young people to discover aviation. From May to September the chapter conducts Young Eagles rallies. Pilots donate their time, aircraft and fuel to fly young people. The Spokane chapter flies several hundred kids each season. In addition, EAA 79 sends a high school student to Oshkosh for a week each summer for the EAA’s air academy. The kids learn a lot about aviation in that week. It is a scholarship program and interested students can obtain a slot by showing up at EAA 79 meetings and becoming active with the chapter.

Felts Field is a slice out of history: Just pulling your car up to the Skyway Café at the vintage terminal building feels like going back in time. And often, on a summer Saturday, there may be several vintage cars parked in front of that old terminal building. Put Felts Field on your list of great airports to visit.