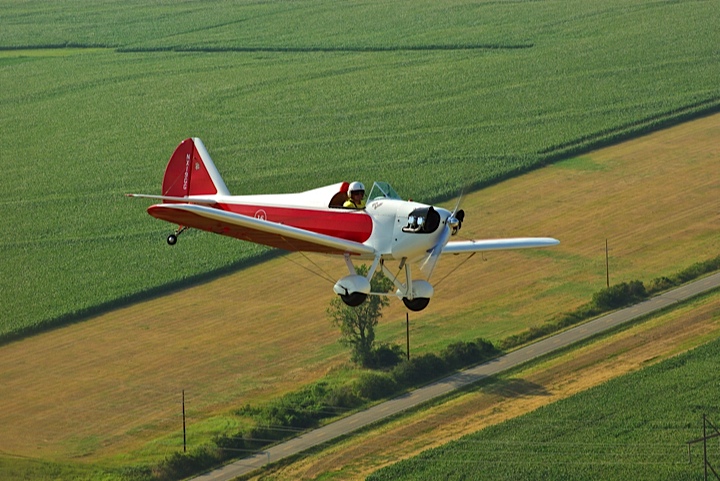 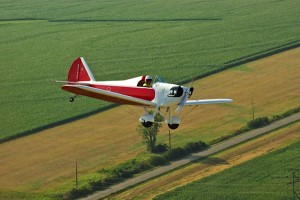 Vintage Aircraft Association Chapter 16, also known as “Flatland Flyers” was founded in 1986 by 5 antique airplane nuts (3 of which are still members). The chapter was formed as an alternative to the hugely successful EAA chapter 200 that had its emphasis on homebuilt aircraft, not antiques or classics. Vintage Chapter 16 calls Gardner Municipal Airport (K34) home along with EAA Chapter 200 and EAA Chapter 868. Gardner is known as “The Best Little Airport in Kansas.” The airport has 3 runways 2 of which are turf. This airport’s occupants have produced no less than 5 Oshkosh trophy winning aircraft from a Waco UEC, to a Bowers Fly Baby. Also 5 classic Oshkosh judges have at one time haled from here and 2, including President Kevin Pratt, currently do.

When Kevin Pratt took over the chapter in 2007 they were losing members due to loss of license and, in some cases, loss of life. Kevin proposed 2 far reaching goals. (1) To start a chapter airplane project of some sort as a fund raiser for goal (2) A chapter hangar. Kevin felt like as an organization dedicated to the preservation of antique and classic aircraft maybe they should actually preserve one. So a search was started for a project, and in short order one was found within their budget of $2,500. That $2,500 amounted to the entire treasury of the chapter with only 7 dollars remaining in their account. A tired and unloved little Bowers Fly Baby was located and purchased for the full $2,500 from a transmission shop in Warrensburg, Mo.

This was the beginning of a 5 year restoration project. As with most activities within a Chapter, or any organization for that matter, it’s the 80-20 rule, and this was no exception. At the beginning of the project there were 8 people working 1 night a week on what would become NX19GG. By the end of the project there were 2 still working and hitting it 2 nights a week. But their efforts paid off when one of their members (Steve Zimmerman) flew NX19GG to AirVenture 2012 and took home a Bronze Lindy… and a check for $13,500 from its new owner. 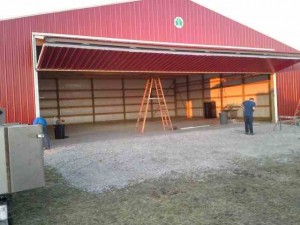 With the addition of the money from 19GG, and the money that they had raised from their annual Greater Kansas City Antique Airplane Fly-In along with sales of donated assets, they had approximately $22,000 toward goal number 2…the chapter home. When a common goal is set it seems as though things begin to happen quickly. To make goal number 2 a reality the chapter needed about $50,000. From 2012 to mid – 2013, they received cash donations along with the donation of two engines that were sold. In addition, two airplanes were also donated. The first to be donated was a Pietenpol Aircamper that will be the chapter’s next project for fundraising. The other was a beautiful 1946 Funk that they used to start a flying club for the benefit of the chapter.

During October, 2013 goal number two became a reality. They officially completed construction on Hangar #16. The completion of this hangar began a new phase in VAA Chapter 16’s life. They made the transition from a loosely formed group of flying friends to an organization with responsibilities and assets to maintain.

VAA Chapter 16’s Annual Fly-in takes place the 4th weekend in June each year and usually attracts 40 to 80 airplanes most from Kansas and Missouri. This year, in honor of two longtime members who have passed on, they are having what the Luscombe bunch call a GOLO. (Gathering Of Luscombes) The event will take place in Gardner, Kansas. The two men were both Luscombe drivers and vital personalities to the chapter. One of them, Dick Michael was one of the main workers on the Fly-Baby.

The other member who passed on was Bob Gandy. Quoting Kevin “Bob was the type of guy that could part the clouds with his words. He would light up the day and just make it seem better by talking to him. He loved Luscombes and helped me gain a great appreciation for them, and their simplicity.” (There are now 10 Luscombes on the field. The chapter is sometimes referred to as the Luscombe Mafia.)

The long term goals of this Vintage Chapter are as lofty as the ones started in 2007. There are 2 additions proposed to Hangar 16. One is a 60 x 50 addition to the hangar to make it 60 x 100 when complete. The other is a 30 x 40 library to house aviation memorabilia from the Midwest in general and Kansas City in particular. They hope to get some historic aircraft from Kansas City’s history for their hangar. 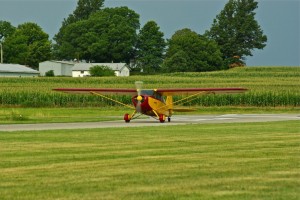 Also the aforementioned Vintage Flying Club that was formed with the 1946 Funk hopes to add an LSA airplane to its ranks in order to make flying a tail wheel antique more affordable to members. Hopefully, that will help attract new people into the antique airplane world. As we all know, making aviation affordable to young people and sparking their interest is key to the survival of aviation in general and vintage aviation in particular. VAA and AAA are tasked with the challenge of turning young people on to old airplanes. VAA Chapter 16 is working toward this goal with 3 members under the age of 40. One is a new lady pilot and she loves old airplanes. She wants to get a tail dragger of her own! That is what it is all about.

(Note: My thanks to VAA Chapter 16 President Kevin Pratt for his assistance with this article.)