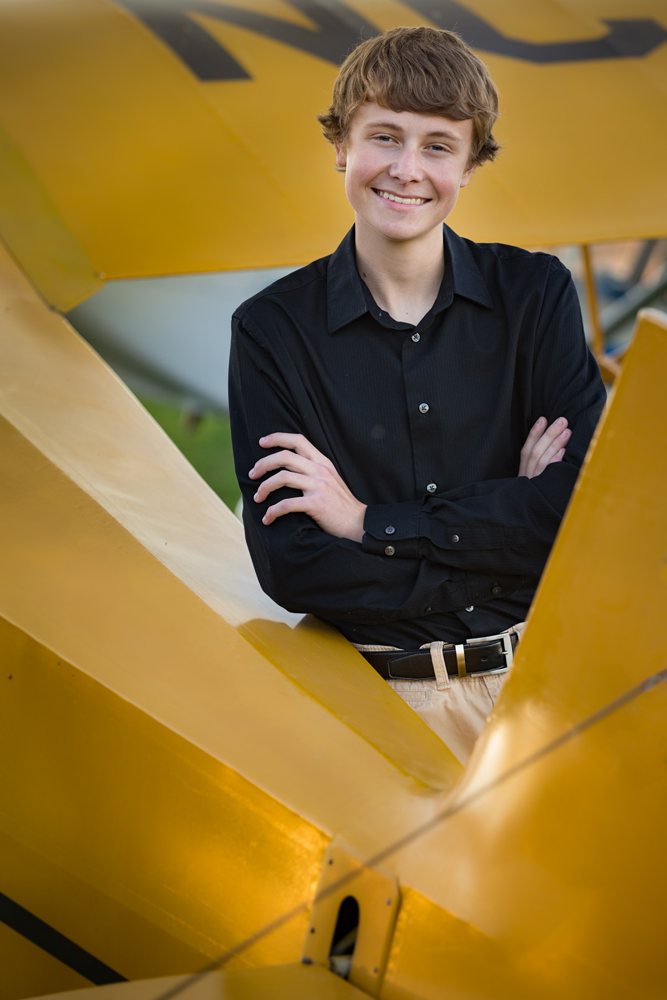 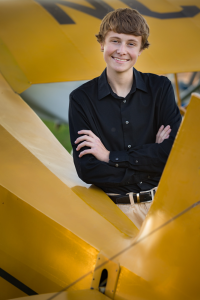 Over the past two years I have been writing a column for the Vintage AirMail e-newsletter entitled “Airport Action.” The articles have focused on airports around the country that are making a difference in the lives of young people. The action is normally centered on an EAA Chapter or a Vintage Chapter. To date, 15 airports have been featured.

I now believe it is time to focus on the results that have been derived from the “Airport Action” groups. It is time to discuss the young aviators who are being developed at these airports with the help of these organizations. This month’s column will be titled “Youth in Action” and will feature a young man who is very active in aviation and has been since an early age. Each issue I will write about a young aviator who is truly “on course” to begin a career in aviation. The career may be as a pilot, mechanic, air traffic controller, etc. Or it may be a young man or woman who simply wants to fly, restore, or build airplanes as a hobby. With that being said let’s begin our first story.

I met Luke Lachendro this past summer at AirVenture. In the Vintage area one of our board members, David Clark, put together a group of four young men and asked them to present a forum on youth in aviation. Luke was one of the four. These young men gave an excellent presentation providing the audience with a glimpse of how each started in aviation, their goals, and how they expect to achieve them. When finished, they answered questions from the audience. In short, it was a very successful hour. We on the Vintage board felt like our Vintage Youth Ambassadors program was truly being launched.

As I watched the forum I knew that I had to tell their stories. We all met around a table later and discussed the best ways to get young people interested in aviation. They were full of ideas – ideas that I believe will work. The challenge is to get the word out to other youngsters that an aviation career is attainable and affordable. I believe one of the best ways to do this is to let the young men and women who are currently active in aviation tell their stories. These stories will be an inspiration to young adults who may have an interest in flying or even those who may not know anything about aviation. 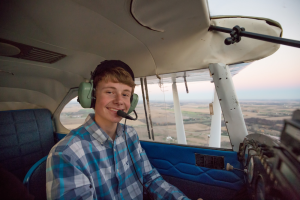 Luke has always had an interest in flying since being a young child. He said that there has always been an airplane in their backyard since he was born. He took his first airplane ride when three months old and became an EAA Young Eagle at age 8. Luke began receiving flight instruction when he was 11 years old. His dad is a professional pilot and a certified flight instructor. The family owns a Piper J-3 and a PA-16 Piper Clipper so Luke was fortunate to have airplanes and a CFI easily accessible to him. He started flying in the Piper Clipper. Luke soloed on his 16th birthday. He had a total of 5 airplanes lined up to fly that day but wind conditions precluded that happening. However, he was able to get his solo flight completed in the Piper J-3. Luke says that he is somewhat biased but he feels that learning to fly in a taildragger leaves you with a stronger skillset. All of Luke’s experience is in tailwheel airplanes with the exception of the time spent taking his Private Pilot exam. Luke has earned his Private Pilot license and currently has over 260 hours of flight time.

All of us remember the day that we first soloed an airplane. I soloed 55 years ago in an Aeronca Champ and I remember the day clearly. I asked Luke what he remembered about his first solo – did you feel afraid, elated, etc.? His comment was “I was very focused, but as soon as I was back on the ground and out of the plane it was the best day of my life.” I asked Luke if he has any interesting flying stories and his comment was “ski flying is about the most fun you can have! Going to a different frozen lake for lunch every weekend and taxing up to the dock.”

Those of us who are fanatics about antique and classic airplanes know that more than likely we will end up working on our airplane. Not only do we often do it out of necessity but we do it to learn more about the airplane we are flying. That comes in real handy when a mechanical problem develops in flight. Luke is very aware of this and finds himself helping out at every annual inspection on the airplanes that he flies. He says he wants to lend a hand so that he can learn more about the airplane. He enjoys working on planes. He also knows that in the vintage world he will have a lot of opportunities to test his mechanical skills.

Luke is involved with EAA Chapter 897. He also volunteers year round in Oshkosh and during AirVenture in the Vintage area. He is also a board member of the Midwest Antique Airplane Club.

What about advice to other young adults who want to get involved in aviation?

Luke says “Go out and find a local Vintage or EAA Chapter and find out when or if they give Young Eagle rides. If they don’t give Young Eagle rides (which I would find quite surprising) then straight up tell whoever it might be that you are interested in flying and need some guidance on where to start.” Further Luke believes that EAA along with VAA should host a Youth fly-in and have workshops on working with airplanes along with forums about how to go about learning to fly. The forums should be conducted by youth pilots from all over the country because he believes that aviation is all about networking. Other young people could find out about instructor availability, aircraft rentals, flying clubs, etc. in different areas of the country. Luke also believes that no vendors should be present to distract attendees from the real goal which would be to educate youth on affordable flying. We in Vintage also agree with Luke in that affordable flying begins with a vintage airplane. Most are very affordable such as Aeronca Chiefs, Champs, Taylorcrafts, etc.

I asked Luke to describe how flying makes him feel. He was quick to respond “every time I go flying I feel like I am in my own world.” Luke is unsure about which direction to go for a long term career but you can rest assured it will be in aviation.

So, there you have Luke Lachendro’s story. Luke is 17 years old, the holder of a Private Pilot certificate and a senior at Beaver Dam High School located in Beaver Dam, Wisconsin. He is based at the Dodge County Airport (KUNU) but does the majority of his flying out of his back yard. He is fortunate to live on an airstrip.

Luke is but one of many young people who are going to make a difference in aviation. He is very enthusiastic and knowledgeable. I am convinced that no matter what career he chooses in aviation he will be successful.