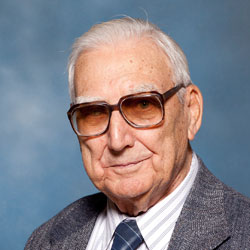 OUTSTANDING FLIGHTS will introduce to many of today’s pilots, as well as those who perhaps have forgotten those incredible flights, what these early pilots had accomplished.

Articles that appeared in aviation magazines such as Popular Aviation (now Flying), Aero Digest, and others, notably from the 1920s and 30s, will be featured.

The first to appear will cover the remarkable 27 day non-stop flight made by the Key brothers in 1935 that broke all endurance records up to that time. Their aircraft was named Ole Miss, a 165 hp Curtiss Robin. Refueling took place from a second aircraft that lowered a hose to a hatch cut into the top of the fuselage of Ole Miss so a crew member could catch the hose and refuel.

There are hundreds of other equally fantastic OUTSTANDING FLIGHTS that need to be told, and remembered. How about the incredible 2,785 mile, 30 hour, 47 minute non-stop flight made by Johnny Jones in a 50 hp Aeronca Chief, Los Angeles to Roosevelt Field, New York in 1938! A hard to believe achievement that many today cannot remember or perhaps have never heard of before. You’ll be able to read about it here!

So watch this space and catch up on the rich history of aviation’s past as more of these OUTSTANDING FLIGHTS appear in the future.

(Ed. Note: Many, many thanks to Wes for our series of Mystery Airplanes. Finding photos of unusual planes is relatively easy. It is the amazing amount of detailed research which eats up hours and hours of time. Thanks also to those members who did their own research and found the correct answer from almost every issue.)