OSHKOSH, WI – July 5, 2018: In celebration the 100th anniversary of the Royal Air Force the EAA – Vintage Aircraft Association will have on display two rare vintage Spartan Executives which were manufactured in America and served as trainers for the RAF before America’s entry into WWII. 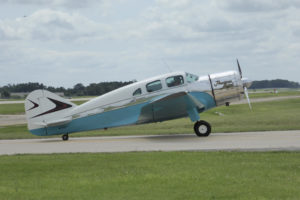 While it is fairly common knowledge that many US made civilian aircraft were impressed into service with the Army Air Force, a small number of US civilian aircraft actually served with the RAF. Three of those airplanes were Spartan Executives, two have survived and both will be AirVenture 2018, parked in the Vintage Showplane area at Row 59 West, just south of Theatre-in-the-Woods. 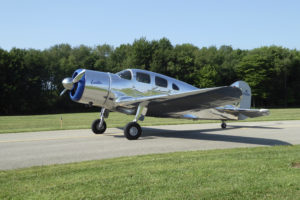 Both Don’s airplane and Jim’s are scheduled to arrive on Friday, July 20. The third RAF Spartan, KD100 survived the war but was destroyed in an accident in the early 1950’s. Copies of the original paperwork will be on display with the aircraft.

These Spartans were initially acquired by the British government prior to the US getting involved in the war. Because of the Neutrality Act, the US government could not supply military aircraft for the British war effort. To get around that technicality, selected civilian aircraft were used as advanced trainers at British pilot training facilities in the USA. The Spartans went to Polaris flight academy in Lancaster, California.

Once the US entered the war, it was then possible to use “normal” advanced trainers such as the T6. The Spartans were then officially transferred to the RAF and were assigned to the RAF Ferry Command in Montreal, Canada. This transfer occurred at the end of 1942.