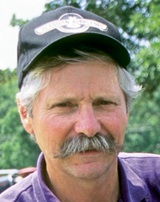 On Thursday evening a total of five aviators were inducted into the EAA Halls of Fame during the dinner in the Founders’ Wing. In addition to Timothy Talen those inducted included George Pereira (Homebuilders), Jay Wisler (Warbirds), Lowell Farrand (Ultralight), and the late Sammy Mason (IAC/Aerobatics). In addition, EAA presented the Henry Kimberly Spirit of Leadership Award to Bob Havens of Appleton, Wisconsin, for his efforts on behalf of EAA and the local community. Bob has long been involved as a volunteer docent leader and tour guide at the AirVenture Museum, helping to establish a high standard for museum visitor experiences.

Read more about the 2014 EAA Hall of Fame Inductees here.