by Vintage Aircraft Association | May 30, 2017 | Straight and Level 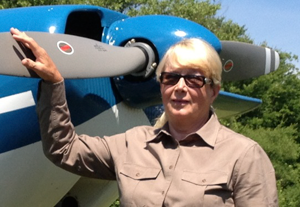 The buzz has started. The excitement is building. It’s all about the annual sabbatical that over 10,000 planes and pilots make to Oshkosh every year in July. And, of course, there’s the other 450,000 or so who make the trek by other means—commercial airliner, camper, cars and just about any other mode of transportation that you can think of. You are probably thinking “boats”. My guess is that a few of those motor into Brennand Seaplane Base for the annual event.

Just last week Jack Mason flew into Dusenbury Field with the main topic of conversation being his preparations for his flight to Oshkosh in his beautiful Cessna 180. Preparations included an IFR check for his 180 and a biennial flight review for Jack. 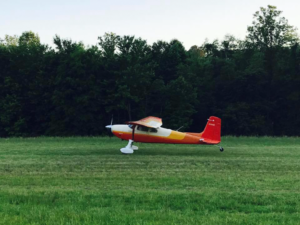 If I remember correctly, Jack has made this trip every year since the mid 80’s. I’ve known Jack’s plane longer than I have known Jack. He gets there early every year and parks in the same place and of course, I check out all of the 180s on the field.

Yesterday I went up to Martinsville, Virginia to visit my longtime friend, David Spencer, at his private airport. As usual, there was a mob of grass roots pilot types who were busy working on their planes. And, of course, the conversation migrated to Oshkosh. The final consensus was that over half of the group will be headed up to Wisconsin in July. Including myself, we had three A&P’s in the group.

That was important at the time as all three of us pitched in to take a close look at the newly installed (then removed) Stromberg carburetor that would not allow Mike Edward’s Champ A-65 engine to idle below 1000 rpm. (It’s really hard to land a Champ carrying 1000rpm of power!) Anyway, the problem was just what we had all suspected- a blocked idle tube. Mike Edwards is back in the air with a freshly overhauled A- 65 in his beautiful Champ! It was a great day!

All of the Oshkosh conversation led my thinking in a different direction. I started thinking about all of the Vintage volunteers who set things up for AirVenture attendees like Jack, David and Mike. The Vintage Aircraft Association has over 550 volunteers. That includes year- round volunteers such as our officers and board of directors. I feel safe to say that all seventy of our chairmen and co-chairmen are also year-round volunteers.

I’ll give you an abbreviated (And I really mean abbreviated!) and “behind the scenes” account of just what goes on before the AirVenture published start date. Vintage owns twenty scooters and two “Gators” that are managed and maintained by our volunteers. The Vintage aircraft parking area has permanent ground (flush with the ground) markers that were installed by Vintage volunteers years ago. These markers are located visually or by a handheld metal detector every year months before the fly-in and are remarked annually for the fly-in with easy to find and temporary visual markers. These markers speed up marking of the rows for aircraft parking. 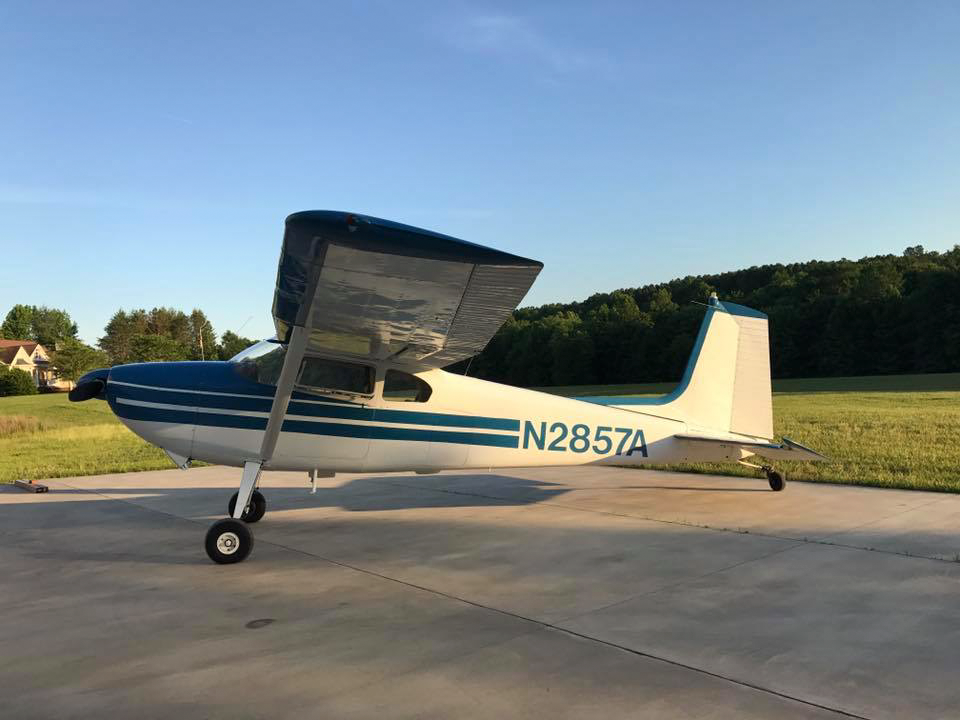 We now have over one hundred rows of Vintage airplanes to park. In three weeks from the writing of this letter all of the buildings that our volunteers built or maintain will be complete and ready for use. These are all of the buildings that you see at Vintage Village. All of our clubwear, food to be served, trophies to be awarded and anything else that you can think of has been placed on order. Committees have met. The flight line committee has set up its annual training class that takes place just days before the convention and then twice daily during convention for late arriving volunteers.

And myself – I have a notebook full of “stuff” to be done, checklists and just notes to jog my memory. There is just too much to list (Our list is indeed monumental!!) with regard to the preparations that we are now making at Vintage while you guys are out there making your own plans for your annual trek to Oshkosh. In the end, we are all heading in the same direction and that’s to get to Aviation’s Greatest Show on Earth – AirVenture!