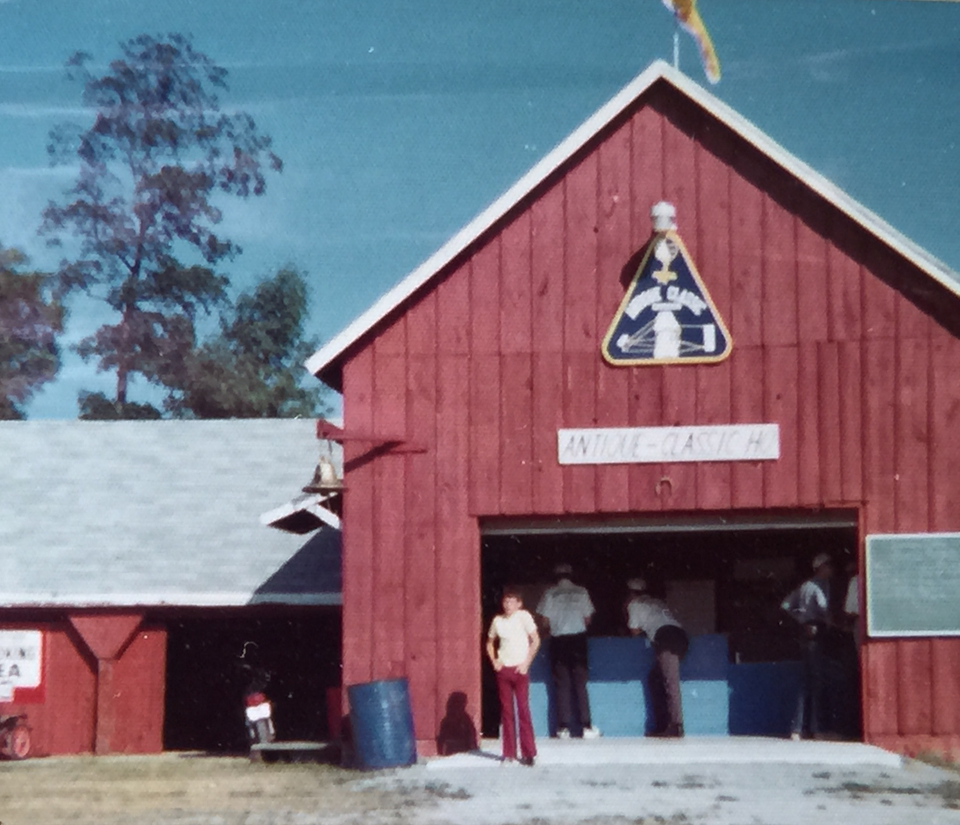 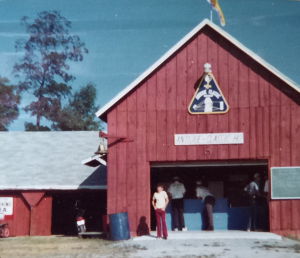 This story is over forty years in the making. I’m not a pilot, mechanic, or plane builder. I am, however, a lifelong aviation enthusiast. I enjoy being around all things aviation…people, places, and things.

It all started in 1970, when the EAA convention moved from Rockford, Illinois to Oshkosh, Wisconsin. I was 8 years old and our family lived adjacent to Wittman Field (my parents still live there). In those younger years, my good friend Danny and I were aviation “rug rats”. We didn’t spend time washing planes in local hangars, yet we did build model planes and enjoyed wandering about the EAA grounds.

At age 12, I befriended Elroy Hilbert while hanging out near the Antique/Classic HQ. Over the years, I grew close to the entire Hilbert family. Elroy’s dad Buck (who recently celebrated his 90th birthday and is still an active pilot) took me on my first flight in a small Cessna. Buck and sons Elroy and Lee flew me from Oshkosh to their “Funny Farm” in Union, Illinois. It opened a new world for me…seeing the patchwork pattern of the countryside from the clouds. 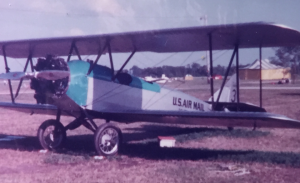 Around age 20, Buck gave me another exciting flight in a 1920s era Swallow bi-plane. He was flying the plane around the country on a United Airlines commemorative tour. Feeling the wind in your face from an open cockpit biplane was amazing. Through the years, my family’s visits with Buck, his wife Dorothy, and their kids in Union and Oshkosh were always memorable.

During my high school years, I served as a convention food vendor one summer. Then while in college, I worked directly for EAA. I would barely be home from school when Vern Lichtenberg would look for me to start work. I spent four summers (and one winter break) on the maintenance crew preparing the grounds for the annual convention. I toiled long hours, learned a lot about the value of hard work, and gained plenty of new experiences…including driving a multitude of old vehicles (roofless VW Beatles, tractors, pickup trucks, dump trucks, flatbed trucks, and even a garbage truck). I can tell you that driving the garbage truck was a better experience than working behind it. 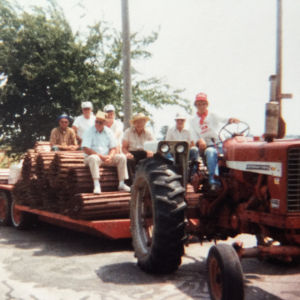 I also was on a crew that put up miles and miles of snow fence to segment various areas of the convention grounds. It was there that I met a wonderful group of volunteers from Zanesville, Ohio. As the convention opening approached, I transitioned from the kid doing all of the work to the “boss” of several middle-aged men who arrived early in Oshkosh to prepare for the big show. Among this group was Ben Workman. Ben owned an upholstery business back home and ultimately re-covered countless seats on vehicles associated with the EAA convention (ranging from trucks to trams). For many years, I enjoyed an annual reunion with Ben, his wife Margaret, and other friends from the old “fencing team”. My wife and I would visit them in Camp Scholler and catch-up on the past year’s events. Once our kids were born, they had the thrill of riding with Ben in his three-wheeled “Blue Bomber” utility vehicle. Ben still lives in Zanesville today. 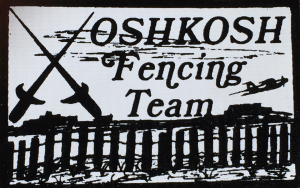 While serving on the maintenance crew, I experienced flights in aircraft ranging from a small homebuilt (flown by a co-worker’s husband), to a Bell helicopter (like the ones in M*A*S*H), to a ride with Paul Poberezny in his P-51 Mustang (hearing those Rolls Royce Merlin engines is neat, yet flying in that iconic plane with the founder of EAA was really special).

My final summer working for EAA was spent assisting Dick Matt in the marketing department. That opportunity stemmed from an interview with Tom Poberezny over the hood of a car in front of the newly built EAA Museum and HQ. My summer earnings at EAA ultimately paid for half of my college education.

Upon graduation from the University of Wisconsin in Madison, I initially pursued roles in the aviation field then ultimately embarked on a 30-year (and counting) sales and marketing career in the plumbing industry with Kohler Co. Aviation continues to play an important role in my life via frequent travels in both commercial and corporate jets. While my vocation is not centered on aviation, my passion for it persists to this day. Early in my career, I served as a volunteer youth mentor with the Big Brothers/Big Sisters organization. My “little brother” Joel joined me at the annual EAA convention over the years and ultimately pursued a career in aviation himself (he is a corporate pilot flying small jets out of Milwaukee, Wisconsin). Our families get together at AirVenture most summers for a fun reunion. Recently, I’ve been promoting the “Young Eagles” program to my plumbing sales colleagues across North America.

Now in my 50s, and a bit reflective on life, I’m grateful for the inspiration, opportunities, and friendships that growing up near the small Oshkosh airport and being a part of the EAA family have provided. Aviation is special. And the people associated with EAA are really special. Thanks for being an important part of this airport kid’s life!