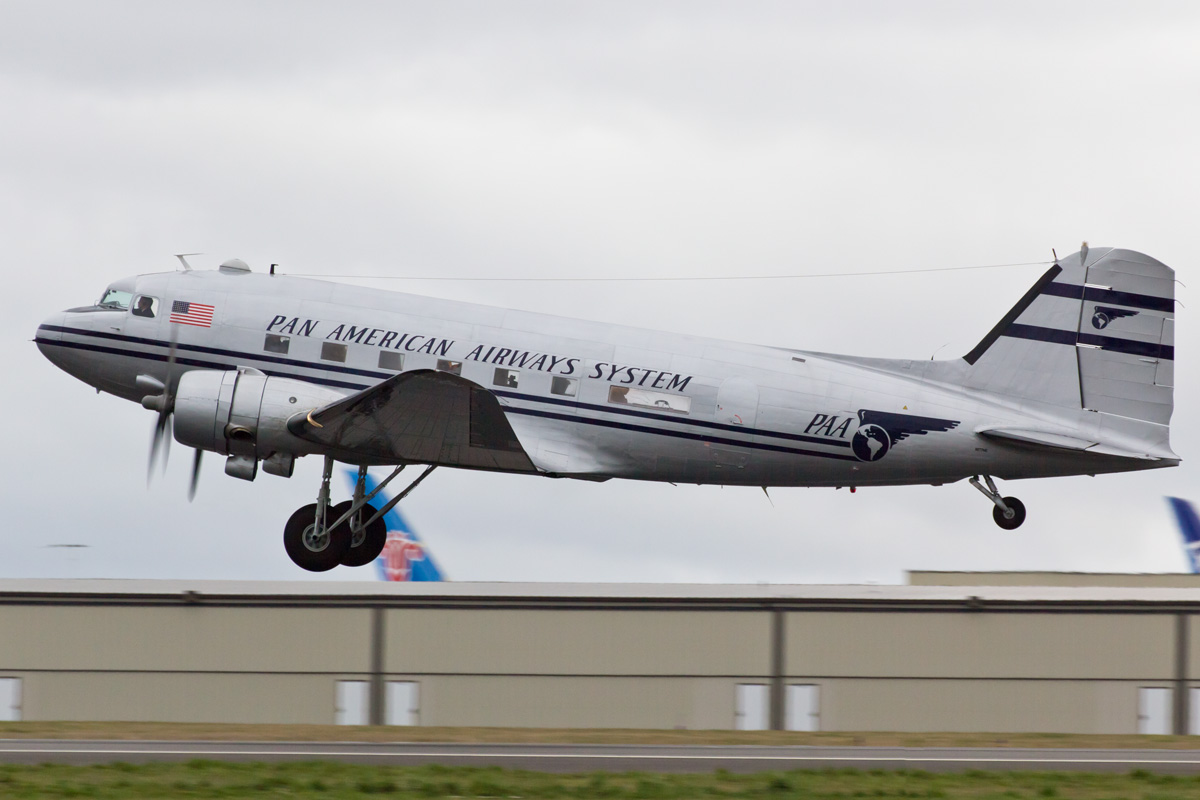 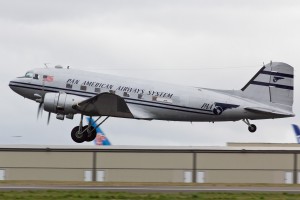 Mukilteo, WA March 2nd, 2013 – Today, Historic Flight Foundation, an aviation museum with its flying operations based at Paine Field in Everett, launched the inaugural flight of its newest addition. The nostalgic DC-3 aircraft joins a flying collection of military and civilian aircraft from 1927-1957.

The Douglas DC-3 is perhaps the most recognizable propeller-driven airliner in history. Over 16,000 were built and more than 400 remain in commercial service today. In over 75 years of flight the DC-3 has carried more passengers, flown more miles, and broken more records than any other airplane in history. Fully restored, HFF’s DC-3 features a combination of executive-style VIP interior with classic Pan American Airways’ livery, reflecting its varied past. 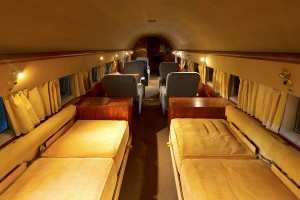 This DC-3 was built in Long Beach, CA, by Douglas Aircraft Company for delivery to CNAC (China National Aviation Corporation) in August of 1944. It served in the China-Burma-India Theater of WWII, flying critical supplies and personnel across the Himalayas, a route commonly referred to as the “Hump.”

After the war it flew in China as a regional airliner until the Chinese civil war in 1949. Resolution of a complicated legal battle between the Nationalist and Communist governments allowed its return to the United States in 1953 for conversion to a “Super” DC-3. It was purchased by the Johnson & Johnson Company and served as their Chairman’s airplane until 1959. Thus began a series of private ownerships spanning more than 50 years. Following restoration and flight-testing it was relocated to Historic Flight at Paine Field.

With a full complement of museum supporters on board, the inaugural flight included an orbit around the Space Needle; courtesy passes at Boeing Field and Renton Airport, flight north over Lake Washington to Husky Stadium and via Lake Union and the locks to Elliott Bay, then north to Paine Field.

For further information about HFF’s DC-3, please contact visitorservices@historicflight.org or 425.348.3200.