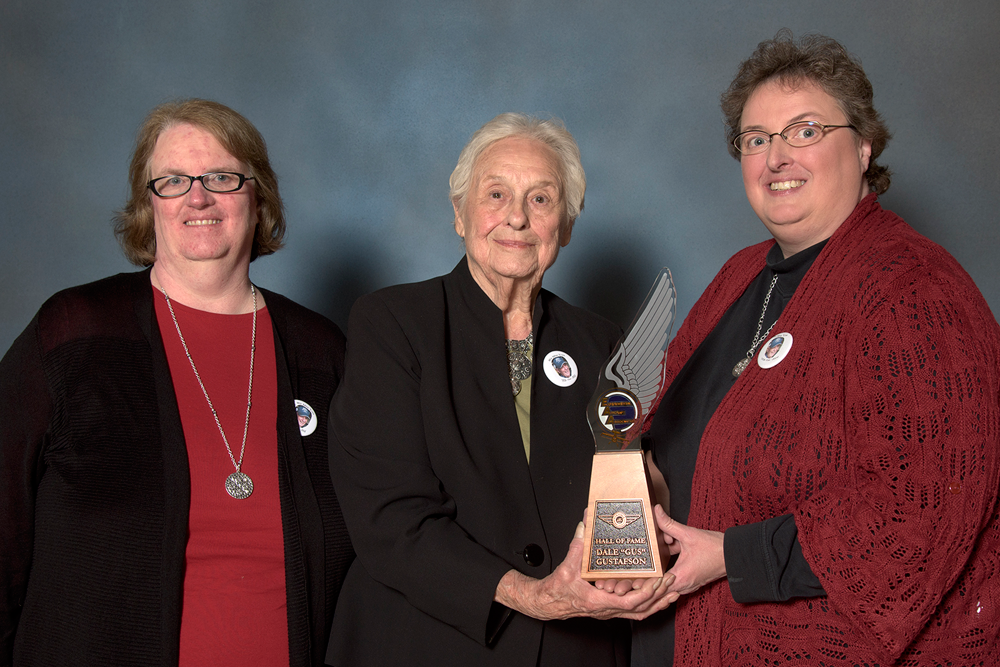 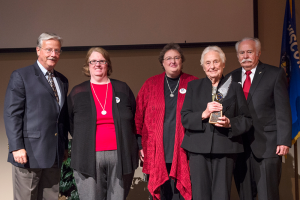 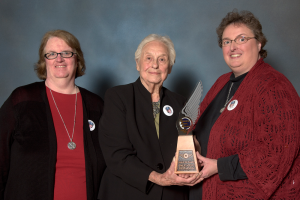 The recognition was presented by EAA Chairman Jack Pelton and Vintage Vice President Dave Clark who was a close friend of Gus, fellow Antique Judge, and who became Vintage Chief Judge after Gus had served in that role for more than 40 years.

Gus was a 53-year EAA member and was an Antique/Classic Vintage member for more than 42 years.

Accepting the honor to a standing ovation were his widow Faye and their two daughters, Ann and Nancy. 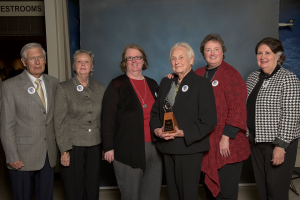 Gus (EAA 8891) died in July 2014, bringing to a close a long passion for aviation, particularly vintage aircraft. Prior to his death, he had been a board member of the EAA’s Antique/Classic Division, which later became the Vintage Aircraft Association. He also served as VAA’s chief judge at AirVenture for more than 40 years, leading the group that had the difficult task of determining recipients of the coveted Lindy awards at EAA AirVenture from hundreds of beautiful aircraft restorations. 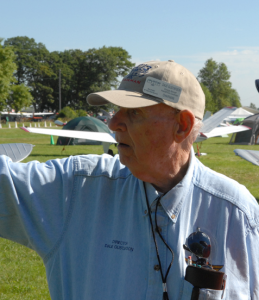 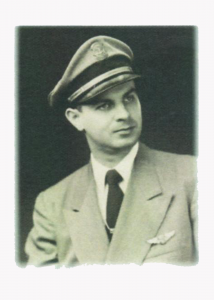 A native of South Bend, Indiana, Gus got his first airplane ride at the age of 10, he began taking flying lessons in his mid-teens, soloed at 16, worked at the South Bend airport part time during after school hours in every FBO odd job available, including handling cargo, airplane servicing, performing light maintenance, etc. He advanced his formal flight training in 1948 and 1949 when he attended the Spartan School of Aeronautics in Tulsa, Oklahoma and obtained his Private, Commercial, Multi-Engine and Instrument ratings.

In 1950, Gus was extremely fortunate to obtain a rare, near non-existent co-pilots job with (Roscoe) Turner Airlines based in Indianapolis. Turner Airlines was an independent, non-scheduled operation flying surplus World War II C-47s and DC-3s on a freelance basis. The experience was highly varied, invaluable and priceless. Turner eventually evolved into Lake Central Airlines and on into USAir from which Gus would retire as a Senior Captain at the age of 60.

Gus became ill with an incurable malignancy in late May 2014 and passed away June 26, 2014. During the last several weeks before he died, just like Paul, Gus was busy making plans to attend EAA Oshkosh 2014 and tour the Vintage area in one of the judges John Deere Green Machines. It was his life. 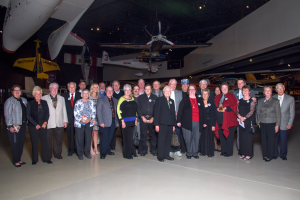 Over two dozen of Gus’ friends, fellow board members, and family members attended the Hall of Fame Banquet.