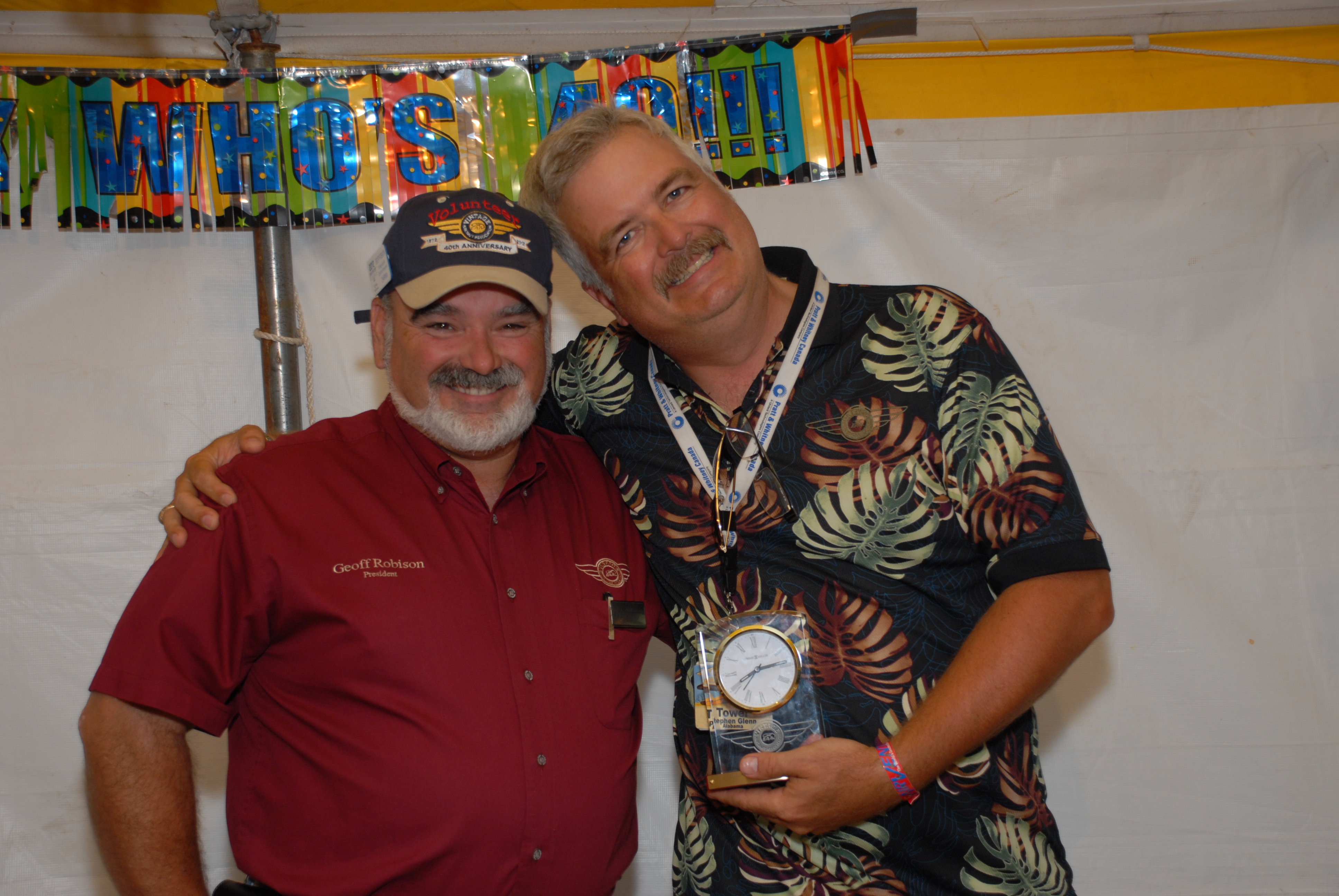 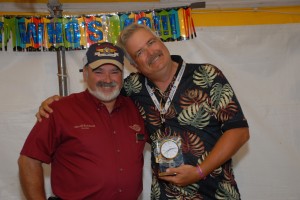 Steve Glenn has been at AirVenture since 1988. He comes from Trussville, Alabama, with his wife, Esther, and their four children, ages 13, 10, 8, and 4. His story starts like a lot of other dedicated AirVenture attendees. His first trip was with his parents, he brought a girl the next time…married her…had four children (okay, so there the similarities end!), and he continues to come every year, bringing the entire family! The part I like best is where they saw the “Volunteer with Vintage” sign and joined us!

Steve was first drawn to Vintage because he had always loved old planes. He says that he was in a “three-foot hover” after a day walking around the flightline. He continued to volunteer with Vintage because of the people he works with every year. His early years of camping were behind Sally’s Alley where the volunteers officially roped him in! Steve has worked with Randy Hytry at Point Fondy since day one. He has mastered parking large aircraft and riding the scooter over terrain that challenges a Tundra Cub. Whether he is parking planes or running point, Steve always has time to share a story or a joke, and his good humor has helped many of us through a long, hot day!

Nicknamed “Antique Tower” because two pilots mistook his friendly gesture to continue down the taxiway as having been granted permission to take off…and even having one somewhat overwhelmed pilot land on his taxiway, Steve claims that events like these are a thing of the past. Needless to say, once you earn a nickname in Vintage, you never lose it!

Steve says that he thinks the people in Vintage are the best people in the world—who put up with him no matter what. We are grateful that Steve continues to come to Oshkosh, dividing his vacation time between the family and the flightline. He now attends Oshkosh with Esther, their three boys and one daughter in tow, and relishes the wonderful tradition they have set—two weeks in a camper with the family, no TV or video games, just airplanes and friends and a chance to meet people from all over the world.