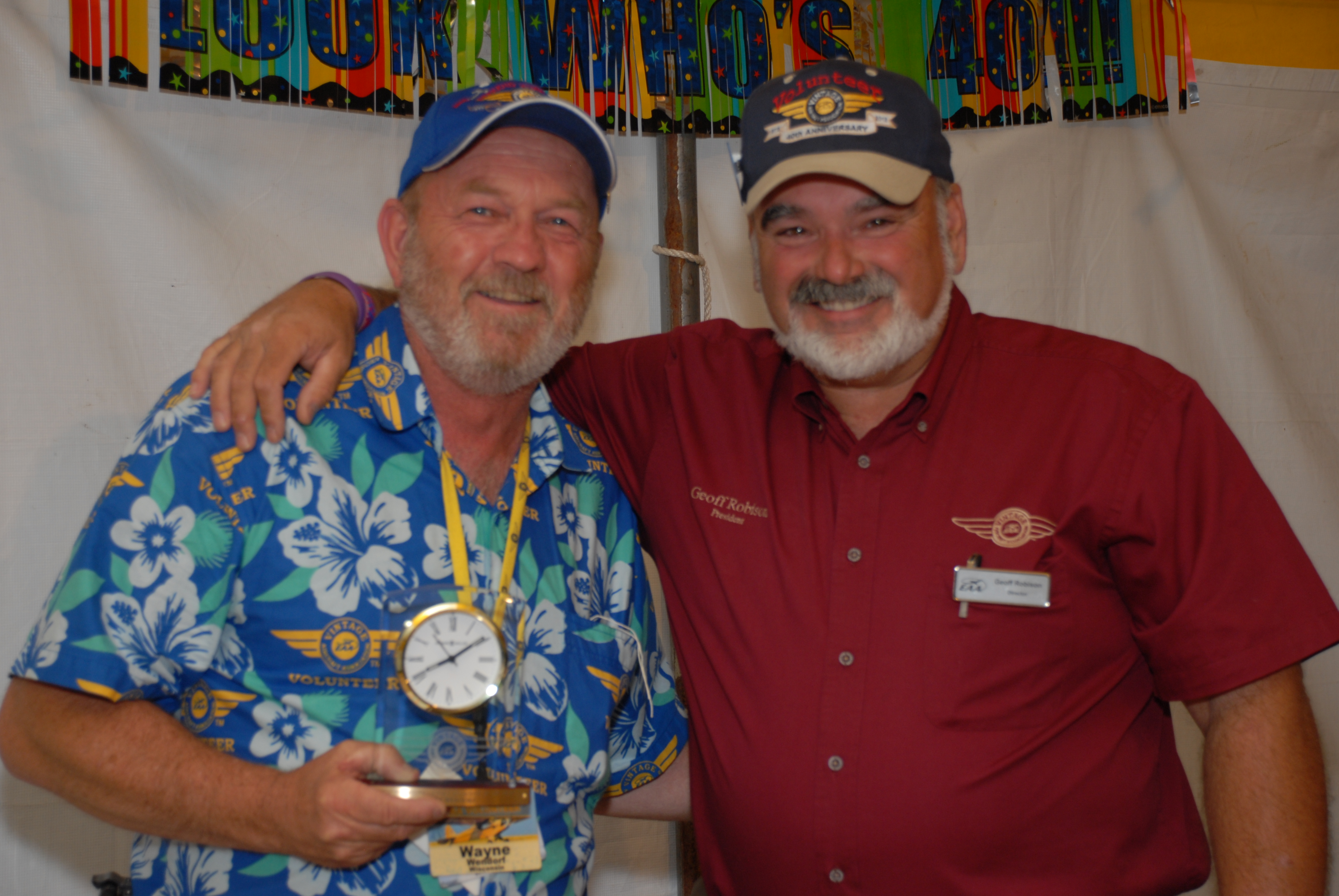 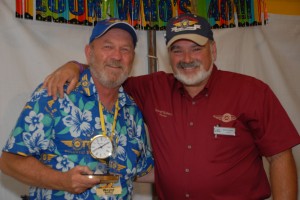 In 2005 Wayne Wendorf showed up for our April work weekend. Wayne is the assistant manager of buildings and grounds at Hamilton School District, Sussex, Wisconsin. The next year he helped design and build the canopy over the entranceway to the sales side of the Red Barn. In 2007, VAA decided to build the Tall Pines Cafe, and Wayne was there for every work weekend to help.

In 2008, we were asked to build an extension to the back of the sales area of the Red Barn. We could not expose the inside of the building to the weather. Wayne offered his advice as to how to accomplish this. He suggested getting the concrete poured first, building the outside walls and installing the roof, and then cutting out the old existing wall. He helped in the design process, and his suggestions worked perfectly.

At the end of AirVenture 2008, there was talk about building the Vintage Hangar for the type clubs and metal shaping. The building would be commercially built, and the Vintage volunteers would install the electrical and build four rooms: the volunteer center, the data processing office, the president’s office, and a conference room. Wayne said, “We can get it done.” He volunteered to be in charge of the construction, and Al Hallett volunteered to be in charge of installing the electrical service. In April the work started. Wayne and the other volunteers worked the three monthly work weekends and about six more weekends. In late June we were ready for AirVenture 2009.

Wayne is always ready to help. He is willing to work or to lead. He has volunteered almost 150 hours each year for the last five years. The Construction and Maintenance Committee, on which he volunteers, meets every month to plan and organize our work weekends for the following year.

Congratulations and thank you, Wayne. VAA is honored to recognize you as the Behind-the-Scenes-Volunteer of the Year for 2012.