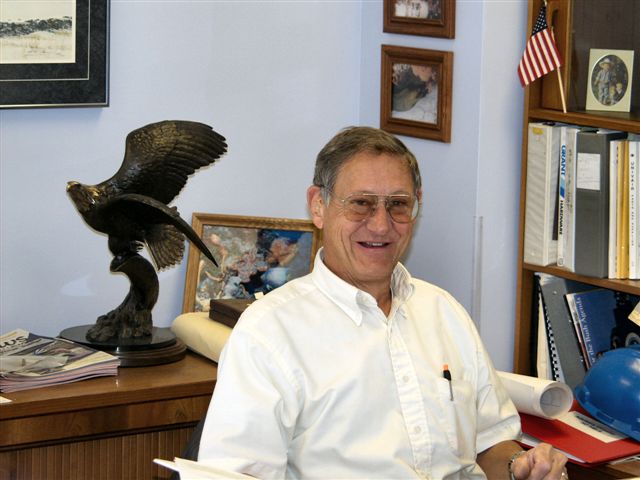 Steve has been an avid supporter of the vintage aircraft movement throughout his lifetime. He has been instrumental in developing replacement parts to keep our aging aircraft in the air while enjoying his passion for aviation through aircraft that he has restored and flown including his Oshkosh award-winning D-17S Staggerwing Beech, a Dyercraft (obviously, his own design!), and a Stinson 108-5 just to name a few. The Stinson 108-5 was developed by Univair as a new model on the type certificate. Only the prototype was built by Univair, but 18 or 19 conversion kits were sold in the late 1960s.

Univair Aircraft Corp. was formed in the Denver, Colorado, area on February 25, 1946, by Army Air Corps veteran J.E. “Eddie” Dyer and fellow World War II veteran Don Vest. Originally formed as the Vest Aircraft Co., this new organization would later become the Univair Aircraft Corp. At its formation, the company was a full-service aircraft sales and repair facility with Don handling the sales and financing of airplanes while Eddie managed the aircraft repair part of the business. After the tragic death of Don in an aircraft accident, Eddie became the sole proprietor of Univair. This accident occurred at about the same time that the supply of used aircraft parts was rapidly evaporating.

Under Veda’s management the company thrived, and in 1976 Veda turned the company over to her 30 year-old son, Steve. It was under Steve’s leadership that the company added thousands of FAA-PMA approved parts. The result is that with the exception of the airline industry, Univair holds more FAA-PMA approvals than any other airframe parts manufacturer. When Piper closed its operations at the Lock Haven factory, wing ribs for the older Piper aircraft were going to be discontinued. Realizing the negative impact that this would have on general aviation, Steve then led the development of STC-approved stamped aluminum replacement ribs for most all of the older Piper aircraft that had been type certificated with the truss-type ribs. Steve had the foresight to purchase Piper’s entire inventory of available excess parts for fabric-covered airplanes. He purchased these parts for resale and for use in the development of patterns for future manufacturing. After an FAA airworthiness directive announced that “sealed” lift struts did not need the repetitive and time-consuming (costly!) inspections per the airworthiness directive, Steve saw this as an opportunity to serve the general aviation aircraft owners of strut-braced aircraft. Steve was instrumental in the development of and approval for lift struts for the entire line of Piper strutbraced aircraft. Besides supporting classic general aviation aircraft with FAA-PMA approved parts, his company also purchased the type certificates for the Ercoupe, the Stinson 108 series aircraft, and Swift aircraft as well as the Flottorp line of propellers. Without Steve’s foresight these aircraft would simply have no replacement parts support. The Swift type certificate was later sold to the Swift Museum Foundation located in Athens, Tennessee. In the early 1980s, Steve was highly involved in obtaining two STCs to replace the Franklin engine that was originally installed in the 108 series Stinsons. The STC called for use of either the Lycoming O-360 180-hp engine or the Lycoming IO-360 200-hp engine. At about the same time many of the fabric-covered airplanes of the ’50s and ’60s were developing airworthiness issues due to lack of replacement parts. In addition to the above-mentioned wing ribs, Univair manufactured and made available assembled and almost ready-to-cover FAA-PMA approved Piper aircraft wings for some of Piper’s most popular models. These models included the J-3, J-5, PA-11, PA-12, PA-14, PA-18, PA-20, and PA-22 aircraft. Also available for sale through Univair are FAA-PMA fuselages for the J-3, J-5, and PA-18 models. In addition to the foregoing, Univair developed control surfaces, landing gears, engine cowlings, and spinners. Fortunately for the vintage aircraft movement, approved replacement parts have also been developed by Univair for other aircraft manufacturers.

In the late ’70s, Univair purchased and brought to market an STC’d kit to convert Piper’s PA-22 Tri-Pacer to a PA-22/20 Pacer. This conversion resulted in a better performing and more aesthetically pleasing airplane. Many airplanes have been converted, and this kit is still available today.

In 2005 the management of Univair was turned over to the third generation of the Dyer family, James E. “Jim” Dyer. That same year, Steve took over as chairman of the board for the company. Today, he still serves in that capacity. He and his wife, Susan, regularly commute between Colorado and Wyoming in the family Bonanza