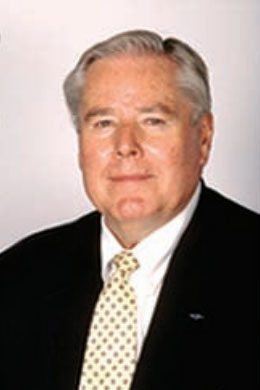 Born into an aviation family—his father was a pilot, aircraft owner, and owner of Martinsville’s first airport—Morton literally grew up in and around airplanes and was flying long before reaching the legal age. (He soloed at age 10.) After college and military service with the Army Signal Corps (Korea), he embarked on what would become a successful business career, which allowed him to become the owner of a long succession of aircraft, ranging from modern types such as Bonanzas, Comanches, and Meyers 200s to vintage Wacos, Travel Airs, Howards, Monocoupes, and many, many more. Of special significance were a number of prototypes and racing aircraft that Morton searched out, restored, and preserved for posterity by donating them to aviation museums. Included were the following: The Crosby CR-4 that competed in the Greve and Thompson Trophy air races in the late 1930s. Morton discovered the racer on a farm in North Carolina just days before it was to be hauled away to a dump. He had it restored and donated it to the EAA AirVenture Museum at Oshkosh. The Keith Rider Jackrabbit that competed in Greve Trophy races in the late 1930s. It ended up as a sign on a California restaurant—until Morton purchased it, had it restored, and donated it to the EAA AirVenture Museum in Oshkosh. The prototype Ryan SCW was languishing somewhere in Mexico until Morton was able to locate it, bring it back to the United States, restore it to flying condition, and donate it to the EAA AirVenture Museum in Oshkosh. Morton purchased a derelict aircraft that at the time was believed to be the prototype Johnson Rocket, saving it from being junked. He subsequently sold it to Leonard McGinty, who had it restored. After Leonard’s death, the airplane was purchased by the Swift Museum Foundation. Subsequent research has revealed that the airplane was initially the Swift prototype and, later, after some modifications, was re-designated as the Johnson Rocket prototype. It will be displayed in the Swift Museum. Several other vintage aircraft, among them a Travel Air 6000 and a Beech 18 military version, have been placed on loan by Morton to other aviation museums. In addition to owning and restoring vintage aircraft, Morton has been active for decades in the activities of various aviation organizations. He was instrumental in the creation of the Virginia Aviation Museum in Richmond. He served 10 years on the Virginia Aviation Board, having been appointed by three Virginia governors. Morton served 35 years as a board member of the Blue Ridge Airport Authority, with 23 years as chairman. He also served as a director of the Sun ’n Fun Fly-In Lakeland, Florida, for many years. Morton was an early member of EAA/VAA Chapter 3 and served as its president several times over the years. He served as a member of the board of directors of what is now the Vintage Aircraft Association, being instrumental in the organization at its start. He was the division’s vice president and authored many articles for Vintage Airplane. Morton also served on the EAA Aviation Foundation board for 30 years, including co-chairmanship of the building committee during the move from Hales Corners to Oshkosh and 20 years serving on the executive committee. His lifelong collection of aviation-related audiovisual materials formed a significant part of the nucleus of the collection of EAA’s audiovisual department when it was established in Oshkosh.