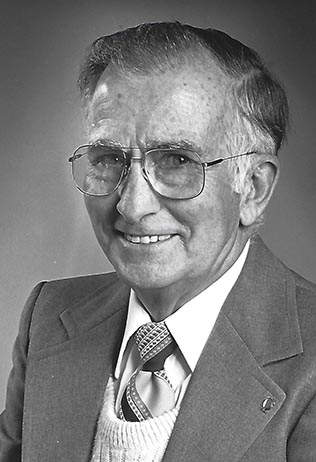 Kelly’s love of vintage airplanes has its roots in his childhood during the 1920s and ’30s, when he spent time at the Kansas City Airport. There he saw many of the great airplanes of the day ­ the first TWA DC-2, peeking into the hangar to see the Travel Air Mystery Ship (which earned him a removal from the hangar by the seat of his pants!) and Benny Howard’s Ike. Kelly was a voracious model airplane builder, a hobby he credits with helping him on his way to becoming a consulting engineer. During WW II, Kelly was busy designing airports and base facilities for the U.S. Government. In 1954 he began his own firm, Viets Consulting Engineers. Kelly received his pilot’s license in 1946 on the GI bill. In 1966, with gentle guidance from Edna, his wife, he purchased his first airplane, an Ercoupe he still owns. (Edna told him he could buy any airplane he wanted, as long as it was one of the cute airplanes he flew at night during his flight training!) He and Edna founded the International Ercoupe Association in the early 1970’s. He has also restored a 1940 Bellanca 14-12 and a 1947 Stinson Station Wagon.

Kelly has provided long-term service to both EAA and to the Antique/Classic Division. He served as a member of the EAA Aviation Foundation Board from 1974-1983, was a Director of the A/C Board starting in 1972 and became Secretary of the Division in 1980. He was also elected to two terms as Vice -President. His dedication and Kelly Viets accepts the congratulations of A/C Division President Butch Joyce during the ceremonies held at the EAA Aviation Center. Hard work was instrumental in making Antique/Classic the popular Division that it is today.