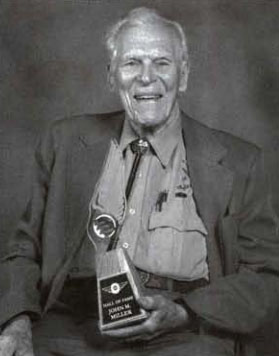 Johnny Miller has lived the century of flight. Early aviation started near his front door, when Glenn Curtiss landed across the street from his father’s farm near Poughkeepsie, New Your, to refuel during his epic Albany to New York flight on May 29, 1910. Four-year-old Johnny became devoted to flying, absorbing everything he could read about early aviation. Here are a few highlights of the accomplishments of VAA’s 2002 Hall of Fame inductee.