Our mission is to encourage and aid the retention and restoration of antique, historical, classical and contemporary aircraft, and to improve aviation safety and education.
; 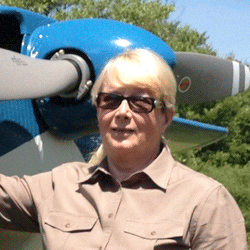 With the cancellation of AirVenture 2020 the “what ifs” are thoughts of the past, and we are now moving Vintage forward towards the completion of our 5-year plan with regard to projects already in progress and to projects that were scheduled for implementation post AirVenture 2020. There are a couple that I feel will be ...
Read More 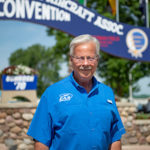 Cross posted from EAA.org Looking Ahead to AirVenture 2020 By Jack J. Pelton, EAA CEO and Chairman of the Board March 26, 2020 - My fellow EAAers, I'm writing this to address the status of AirVenture Oshkosh 2020. Today we are still planning on having the event beginning July 20, 2020. In that context, I ...
Read More 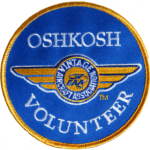 Hello VAA Volunteers, UPDATE: The remaining Vintage work weekends have been cancelled. Our Work Weekends for May 29, 30, and 31; June 26, 27, and 28 have been cancelled due to the COVID19 pandemic. ALL EAA camping areas are closed including Camp Scholler, Audrey's Park, and all aircraft camping areas. We will update information as ...
Read More 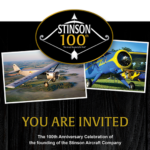 YOU ARE INVITED: AirVenture 2020 will be a great year to spend more time in Vintage Village. In addition to our regular events, this year we will be celebrating 100 Years of Stinsons. The Stinson Aircraft Company was founded in Dayton, Ohio, in 1920 by aviator Edward “Eddie” Stinson, the brother of famed aviator and ...
Read More 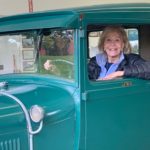 South Barrington, IL - October 24, 2019 The Vintage Aircraft Association was delighted to accept a new donation from long-time member Myrt Strong Rose. Many of our taildragger pilots and Barrington area residents will remember “Arthur,” the 1929 Ford Pickup Truck on display at visits and annual fly-ins at Bill and Myrt’s Mill Rose Farm ...
Read More

Check out our fun and colorful Hawaiian shirts featuring some of your favorite vintage aircraft! They'll be available for purchase at the Red Barn Store during AirVenture, OR head over to our online store at www.eaa.org/shop/category?i=1046 and shop now! ... See MoreSee Less

Viking Air have aquired most if not all the De Havilland : airframe rights . www.vikingair.com/viking-aircraft/dhc-6-twin-otter

Canadian made and All Their Aircrafts are Best Known.

Used to watch them at Ft Rucker . Liked watching the short field takeoffs and slow flying.

If you're passing through Oklahoma on your flight to AirVenture next month and would like to save some money on fuel, The Vintage Aircraft Association and Warbirds of America have received information that the Ada Regional Airport and Heartland Aviation FBO Services have partnered up to offer a $0.40/gal discount to Warbirds and Antique Aircraft!

I wanted to reach out and let you know, Ada Regional Airport (ADH) is a Warbird and Antique friendly airport and would love to see you all here!

Ada is a progressive, quality-oriented community located in the rolling hills of southern Oklahoma. Imbued with ingenuity, a pioneering spirit, and hospitality, we've been described as a place where the West meets the South!

Incorporated in 1901, it now has a population of 18,000. Ada is located within easy driving distances of three major cities and is a Main Street City and a Tree City USA Member. Ada is large enough to offer many bigger city amenities, such as a four-year university (East Central University), and a thriving business climate, with plenty of shops, restaurants, and hotels to choose from, yet still small enough to provide a safe and fun place to raise a family.
Ada is home to a world-class EPA water laboratory, and the home of the nation's most progressive tribe, the Chickasaw Nation, and also historic Wintersmith Park. Ada is birthplace to the state's first native-born governor and longtime U.S. Senator Robert S. Kerr, and country music superstar Blake Shelton.

Please let me know if there's anything I can assist you with, We look forward to seeing you". ... See MoreSee Less

Volunteers were hard at work setting up the Red Barn Store this past weekend, filling it with brand new merchandise as well as sale items from 2021. Be sure to stop by during AirVenture to check out the selection! ... See MoreSee Less

dollar kosh is over!

Congratulations to Jeff Hargis, owner of our Plane of the Week!

He shares, "1948 Stinson Voyager 108-3. it was restored in flying condition in 2010 by Bill Kieffer. I purchased it from him in 2017. the plane had been setting in an open t hanger since the 1970s. The plane had been owned by a WWII B-24 Bomber pilot. After the war he bought the 108 in California and flew it to his farm in north Missouri. He did not put many hours on the plane. The log books were stolen from him during a move, so the only records on the plane are FAA till 1955, and new logs from the restoration. N6819M is the identifier and I keep it on my private strip south of Kansas City, MO". ... See MoreSee Less

That is a real beauty!! I built a model of a 108 last year to hang in my computer room.

I grew up in a Stinson Voyager. They are beautiful and such a joy to fly.

That is a beautiful plane!!

Beautiful restoration and color ! Makes me wonder ? Got a ride in a 108 by a former WW2 bomber pilot in our reserve unit at Davis fld ,Muskogee .early 60's.

She's a gorgeous plane. Even more beautiful in person!

Hi Jeff, what a beautiful airplane. I'm restoring a 108-3 right now and would appreciate you sharing the type of paint and colors. It looks like the original and that is what am wanting to do.