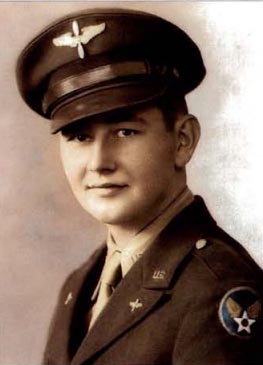 Ed soloed in a Funk in early 1943 at the Kohler, WI airport, and later that same year, his reward for cleaning up the fixed base operator’s American Eagle 101, Waco Taperwing and J-3 Cub was a checkout in each airplane. Joining the CPT program in December, he served until war’s end, and then worked at the Kohler airport for a year, finishing his private pilot’s license in 1946.

After learning to become a talented auto body man, Ed ran his own shop in Plymouth, WI. Continuing his flying, he earned his Commercial ticket in 1959. When he retired in 1992, Ed’s son Randall took over the body shop.

Ed won the first trophy awarded a Grand Champion Classic, presented at the Rockford EAA Fly-In in 1969. The trophy was presented for his restoration of the only example of the Spartan Model 12. The airplane was the prototype. Over 15 airplanes have enjoyed Ed’s loving care. Ed and his restoration have been presented with many awards, including the National Biplane Association’s Robert P. Moore Memorial award, awarded to a restorer who is singled out for his “Outstanding Aircraftmanship”.

A lifelong member of the Vintage Airplane Association, he started rebuilding airplanes early in his aviation career, buying his Spartan 1929 C-3 in 1958 and flying it for the first time in 1961. In 1962 at Tahequah, OK it was the EAA trophy winner, and in ’72 and ’73 it was the EAA Golden Age category winner, and was the 1980 EAA Convention customized aircraft runner-up. After 41 years, Ed still enjoys flying the Spartan, which he says is his favorite airplane!