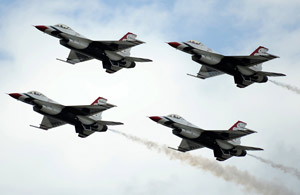 Vintage will need all our available volunteers during the afternoons of Friday, Saturday, and Sunday. Federal regulations require that the Burn Line (visitor do-not-cross viewing line) be moved west each of these days to accommodate the larger aerobatic box needed by the high-speed jets.