Full back issues of Vintage Airplane are available by contacing the VAA Administrator and also in the free archives in our Members Only section.

Since space is limited in Vintage Airplane, photos and articles below include featured reprints, previews of upcoming issues, or longer articles which just didn’t fit into Vintage Airplane. 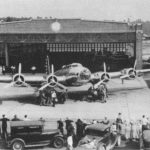 OUTSTANDING FLIGHTS: Our Flight to South America (4/19/2018) -
Winter is time for making stuff (4/19/2018) - By Jim Wilson, VAA 17495, EAA 29605 Reprinted from ANTIQUE AIRWAYS, the newsletter of the Carolinas Virginia Antique Airplane Foundation, Inc. (Vintage Chapter 3) I was running out of stuff to do, so a local “friend” convinced me to make up and install an all new engine cowling on his Luscombe. “I already have a […] 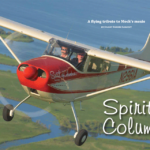 Spirit of Columbus (3/16/2018) - by Sparky Barnes Sargent (reprinted from Vintage Airplane March/April 2016) Quick, how many American women have flown around the world solo in a single-engine airplane? Still thinking? The answer is two. Now, can you name either one of these intrepid women? If you’re stumped, we’ll make it easy for you: In 1964, Geraldine “Jerrie” Fredritz […] 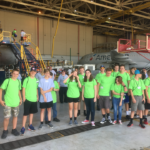 Want to Start a Youth Program? Here is How One EAA Chapter Did It (2/18/2018) - by Jana Brown, Education Coordinator, EAA Chapter 1083 I am responding to an article in the July/August issue of Vintage Airplane regarding Youth Aviation Programs. I am a member of EAA Chapter 1083 in Salisbury, NC. We began a summer day camp, ASCEND- Aviation Summer Camp: Exploring New Dimensions in 2011. In 2017 we completed […] 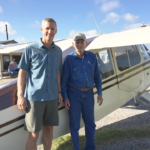 Vintage Champ Provides A Day of Glory for 80-Year-Old Pilot (12/17/2017) - by Priscilla A. Crawford One day after his 80th birthday on August 19, J.E. Stuart received a surprise visit and was provided with a day that will be remembered and talked about for a long time. In considering ideas for their Dad’s birthday, Stuart’s daughters, Kathleen Stuart and Kara Barber, had looked through old photos […] 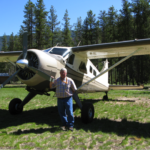 Great Pilots, Great Airplanes (11/30/2017) - by Eric Gourley, VAA 717193 I received a call one morning from Evan Haskell asking if I could teach him how to fly a pristine Beaver he and his father had recently purchased. Evan added that although he had quite a bit of time, it was mainly in a Cessna 206 on amphib floats. He […] 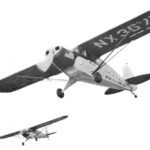 OUTSTANDING FLIGHTS: Global Joy-Ride (4/3/2017) - Two Piper PA-12 Super Cruisers made super around-the-world OUTSTANDING FLIGHTS in 1947. It all started in 1946 when two flight instructors at an airport near Washington, D. C. observed a newly certificated PA-12 taxi by and a comment made that with enough gas these aircraft were capable of flying around the world. Light aircraft–liaison aircraft–such […] 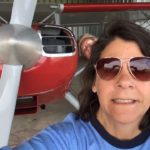 Celebrating my girlfriend’s 70th birthday… (7/13/2016) - by Randy Phillips, VAA 722809 For some reason, my wife doesn’t like me going out to seedy bars anymore and talking to strange women. Imagine that! Marcy(my wife) and I have been together(off and on) for 29 years. Some really good times and some pretty rough. The same can be said for my relationship with […] 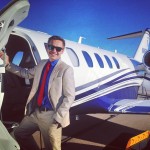 YOUTH IN ACTION: Gleb Liashedko (1/25/2016) - by Ron Alexander, VAA 27150 For the past couple of years I have been writing an article in AirMail about “Airport’s in Action.” In each issue we have presented several EAA and VAA Chapters around the country whose membership places a priority on developing young people. I have been very pleased to find that a […] 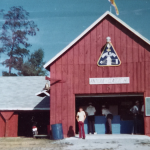 Fond Memories of an Oshkosh Airport Kid (3/23/2015) - by Tom Bartenstein, EAA 225662 This story is over forty years in the making. I’m not a pilot, mechanic, or plane builder. I am, however, a lifelong aviation enthusiast. I enjoy being around all things aviation…people, places, and things. It all started in 1970, when the EAA convention moved from Rockford, Illinois to Oshkosh, Wisconsin. […]