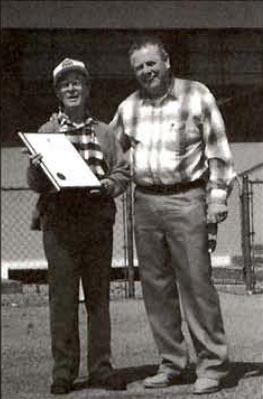 Joseph has been an airplane aficionado since he was a small child. He finally got his chance to see an airplane, a J-l Standard, when he was twelve years old. As a youngster, he washed and cleaned as many old biplanes as he could to earn rides, and hung around the pilots listening to their imaginative stories about their adventures.

As he grew up he trained to be a private pilot, mechanic, amateur airplane designer and airplane builder. During WW II he served as a crew chief in a fighter squadron and upon leaving the service, he owned and ran a hobby shop for four years. Later, he was a partner in a flying school and then had a career with Douglas Aircraft as a wind tunnel model builder.

During his entire life, Joe has gathered a vast collection of historical data, books, magazines, and photos on civilian aircraft. As he delved into aviation history, it became obvious that a complete factual record of the history of civilian aircraft in the United States was sorely needed.

Over a number of years he wrote several volumes of what would be published as “U.S. Civil Aircraft,” a history of each of the aircraft type certificated in the U.S. from 1927 into 1957. Joe Juptner’s painstaking effort over the years to create his nine volume set put into the hands of historians and enthusiasts a nine volume aeronautical encyclopedia that has proven to be an essential part of many aviation libraries.

Aviation enthusiasts everywhere owe a continuing debt to Joe Juptner for his lifelong, diligent work on what is considered the most ambitious venture in aeronautical book publishing.