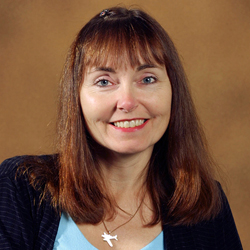 Jeannie C. Hill (Lehman), Harvard, IL passed away on September 1, 2013 after a courageous battle with cancer. She was preceded in death by her beloved husband Richard (Dick) Hill.

Together with her late husband Dick, they restored three award-winning vintage aircraft. A well-known aviation writer and lecturer, she co-authored several books and historical articles on various vintage aircraft.

Jeannie has worn many chairmen hats during her 40-plus years of volunteering for EAA. Years ago she started the Pioneer Airport video interview program and then expanded it to include video interviews during the annual Oshkosh convention. This program has gone on to become the well known and treasured EAA Timeless Voices program.

For the past many years during the Oshkosh convention, she has served as chairmen of the Vintage Aircraft Association Information Headquarters, Press/Media relations and the Shawano Fly-Out. Jeannie was also instrumental in helping establish EAA Chapter 1414 at Poplar Grove, IL her home airport.

In 1977, Jeannie and her late husband Dick helped clear the site for the first Sun-n-Fun Fly-In on the South side of the Lakeland airport. That year they also flew their “Bamboo Bomber” into Lakeland, FL. Jeannie has served as the Air Show Performers chairmen of this annual event for over 35 years. 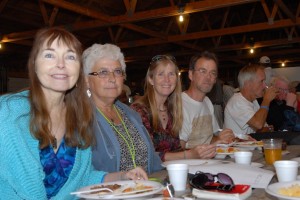 Jeannie was elected to the Vintage Aircraft Association board of director in 1990 and continued to serve in that capacity until her death. She was also an advisor to the Vintage Wings and Wheels Museum, Poplar Grove, IL.

In this photo Jeanne is enjoying dinner with friends at the 2013 AirVenture Vintage Aircraft Association Picnic at the EAA Nature Center, an event which she organized and chaired for many years.

Jeannie was a graduate of the University of Wisconsin-Oshkosh. A celebration of Jeannie’s life will take place within the next few months and we will post details when we receive them.