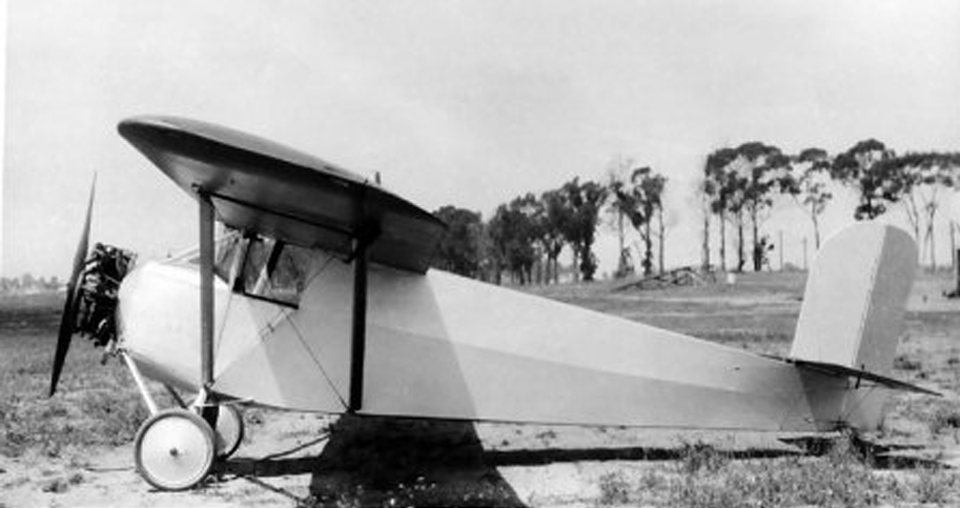 Like several other designers, Donald Douglas believed that a large number of pilots who had left the Air Service at the end of the war wanted to continue flying as a sport and that a market existed for an inexpensive light aircraft. In an attempt to capture a share of this market, Douglas designed a small two-seat aircraft which could be powered by either a 35 hp Anzani three-cylinder air-cooled radial or a 60 hp Wright Gale engine of similar configuration. Named the Commuter and completed in 1926, the aircraft was unusual in several respects. In particular, this aircraft, the first monoplane designed by Douglas, had high-mobnted, externally braced, wings which could be manually folded along the fuselage to enable it to be stored in a garage. It was also the first airplane to make use of the new Clark Y aerofoil. Of wooden construction, the machine had fabric covering overall with the exception of the engine cowling which had quickly detachable aluminium panels and from which protruded the cylinder heads.

In spite of its appeal the Commuter (s/n 150), which was completed in January 1926 and tested by Eric Springer, remained experimental, as competition in this field was fierce and because the Douglas Company had by then sufficient military work on hand to occupy its limited work force.