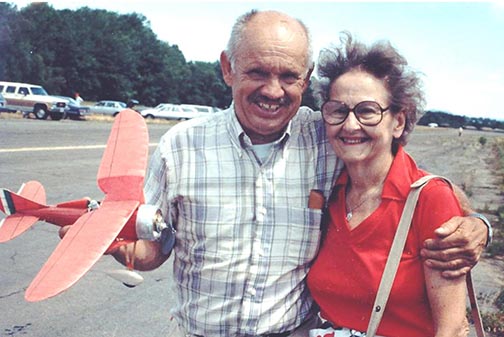 From his early days as a youth, Cole Palen reveled in the stories of the Great War and the iron men who flew the fabric covered fighters of that time. In 1952, a few years after graduating with an A&E certificate from the Roosevelt Mechanics School on Roosevelt Field, he learned that the remaining six WW I era airplanes of a collection based at the old airfield were to be auctioned off by sealed bid. Putting his entire life savings into the bid, he won out over the other bidders, and after nine round trips to Long Island by car and trailer to retrieve his “new” treasures, he started a collection that would grow to over 70 aircraft by the time of his death in 1993.

In 1958, he was able to buy a defunct farm near Rhinebeck, NY. Not many would believe it could be the site of an airstrip, but with the help of a small but extremely dedicated group of volunteers, the Old Rhinebeck Aerodrome became a reality. By 1960, they were flying one airshow on the first Sunday of each month. As its popularity grew, every weekend would be filled with the sounds of eager crowds and the bark of a rotary engine. The Old Rhinebeck Aerodrome Foundation continues the traditions set by Cole as the show goes on, teaching a new generation about the early days of aviation.

Cole Palen became one of the pioneers of the vintage airplane hobby and a leader of those involved in the restoration and flying of WW I airplanes. By popularizing the collection and restoration of early aircraft, Cole helped save early aircraft and aviation artifacts that would otherwise have been lost forever.