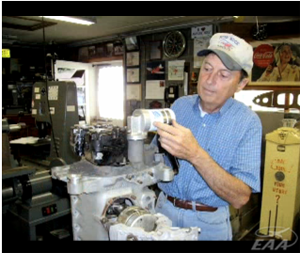 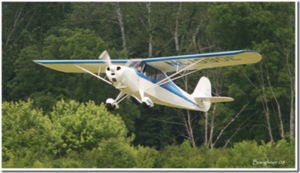 We are delighted to announce that Bill Pancake, long-time Vintage member, well known presenter during AirVenture, and Vintage Hall of Fame member, has been named the General Aviation 2018 National Aviation Maintenance Technician of the Year.

Read the details of this award in the letter we received from Bill’s wife Saundra below.

Bill and I are so please to share with the Vintage Board that Bill has been selected as the General Aviation 2018 National Aviation Maintenance Technician of the Year.

In November we were contacted by Mike Busch of Savvy Aviation asking us to submit Bill’s name for consideration for this award. The General Aviation Awards Program is a cooperative effort between the FAA and industry sponsors to annually recognize those individuals who play a role in promoting aviation safety, education, and professionalism. We put together a packet that consisted of the application, bio, and three letters of recommendation.

There are three levels of judging. First – The District which was Bill’s FSDO Baltimore, MD EA07. Bill was notified that he had been selected as the District Honoree on January 2nd. Second – The FAA Regional Judging and Bill once again was selected as the Regional Honoree on January 17th. Third – The National Honoree. On Wednesday evening January 31st

Bill received a call from Arlynn McMahon the GAA Nominations Administrator informing us that Bill was the General Aviation 2018 National AMT of the Year.

I was so excited, crying, and trying to call our daughter and grandchildren all at the same time. In the usual Bill Pancake response he simply said,“that is great.” This is just about as excited as Bill gets. 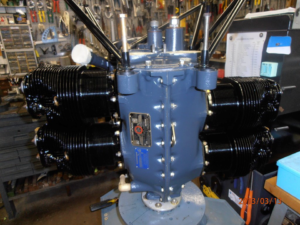 Bill is truly appreciative of all the support that he has always received from our Vintage family. It is truly a very humbling experience to be honored by your peers.

The only thing that can possibly make this recognition more special is to have each of you join us in July and be a part of this incredible journey.