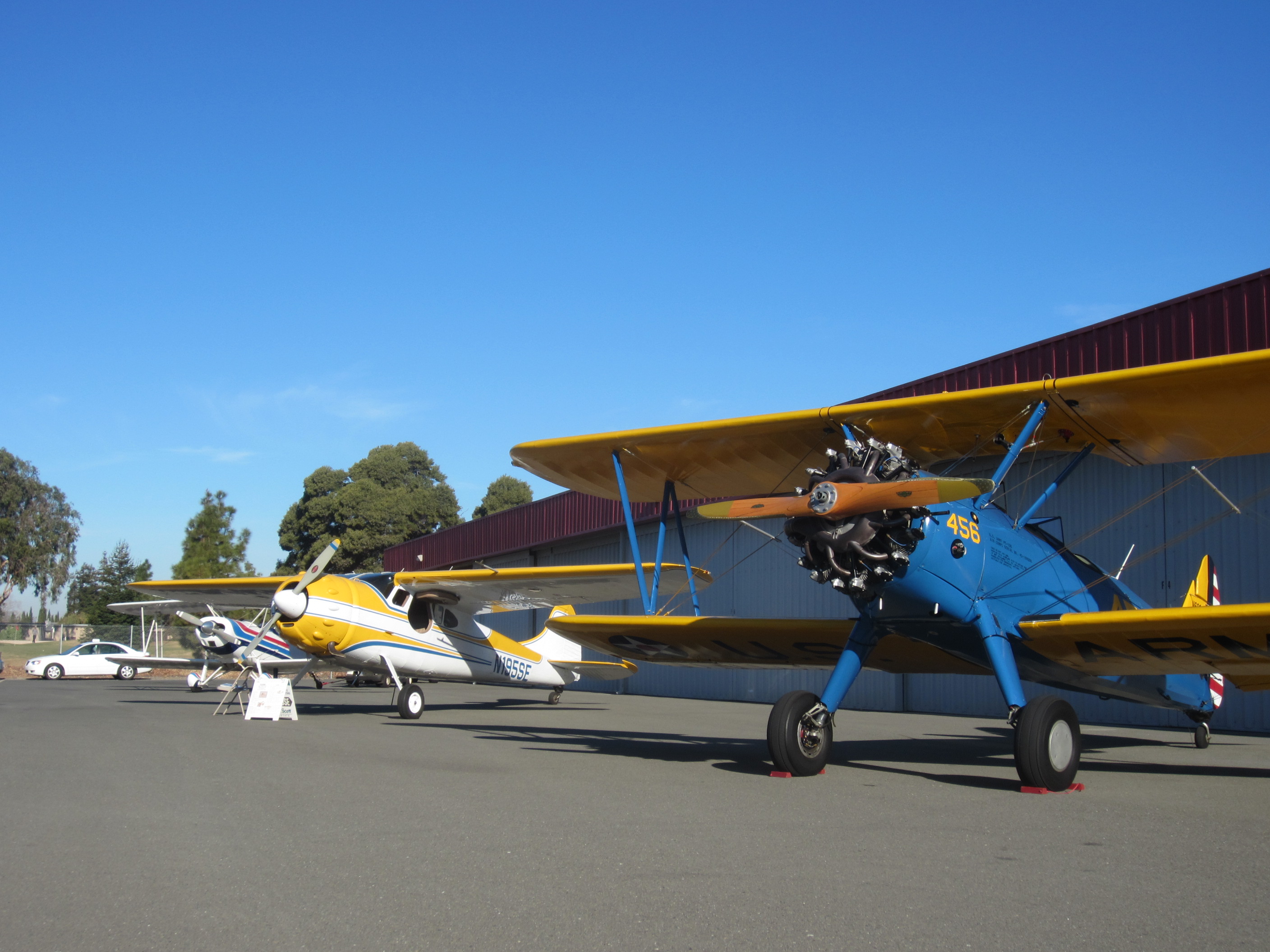 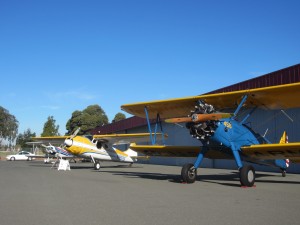 A number of airfields were constructed during World War II in locations throughout the United States. In the San Francisco Bay Area, along the eastern shoreline, one of these airbases is still in use today – not by the military but for general aviation use. Hayward Executive Airport (KHWD) was first established in 1942 by the United States Army Air Corps as Hayward Army Airfield. After the war in 1947 the airport was declared surplus and subsequently taken over by the City of Hayward, California and named Hayward Municipal Airport. The military retained a presence on the field with units of the California National Guard until 1980.

The airport has two runways with the longest being 5,700 feet. This allows the takeoff and landing of corporate jets thus providing a convenient airport option for visitors to the San Francisco area along with area residents. Located on this active airport is a group of aviation enthusiasts operating as Vintage Airplane Association Chapter 29. The chapter received its charter from EAA in August, 1995 and was named the San Francisco Bay Antique/Classic Chapter 29. William “Bud” Field was the catalyst behind the founding of the chapter. He was very involved with the vintage aircraft movement and at one time owned 17 airplanes including a DC-3. Bud formed a group of people who were instrumental in developing the chapter and more than 30 of the original charter members are still active today. Bud passed away a few years ago but the members were determined to carry his legacy forward. They elected a new Board of Directors who continues to ensure the Chapter’s success. Chapter President Gary Oberti was one of the founding members and remains active today. There are over 120 members of this group of antique aircraft enthusiasts.

The chapter maintains its focus on the EAA Young Eagle Program. They have quite an impressive record – over 2,900 Young Eagles have been flown since 1992. They are currently supporting the EAA Eagles program for adults. Meetings and events are normally held at Chapter President Gary Oberti’s hangar. At each general membership meeting a dinner/social hour precedes the business meeting. A speaker is usually the highlight of the evening and they have had a wide range of topics presented from the human powered Gossamer Albatross to the Lockheed F-117. 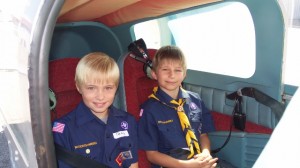 We all know that we need to do our part to bring youth into aviation. Chapter 29 states “Our primary goal at Chapter 29 is to inspire new pilots.” This chapter hosts 11 Young Eagle events each year. In 2013 they flew over 350 young people. So far this year they have flown over 200 Young Eagles. Just a few weeks ago the Chapter broke another record by flying over 120 kids during an open house. This was accomplished by 7 dedicated pilots and a hardworking ground crew. Winds caused them to shut down their operation early and consequently they had to turn away at least 100 potential Young Eagles that day. They have rescheduled most of these for their next Young Eagle rally.

In addition to a very active Young Eagle program, the group has awarded six $3,000 aviation scholarships for flight training. In 2011, chapter president Gary Oberti proposed to the board of directors that they provide an aviation scholarship as an extension of their Young Eagle program. The board agreed and during 2011 the first recipient was selected. By the end of the year Dylan Murphy completed his first solo flight. Later in the year three additional young people were awarded the same scholarship and 2013 saw two more young people begin flight training as a result of the program. Applicants must have been a previous Young Eagle participant, be between the ages of 15 ½ to 30, and live within a 50 mile radius of Hayward. It goes without saying that the applicants for the scholarship must demonstrate a sincere interest in aviation. They also must meet other criteria that are listed on their website. This is a great program being offered by this chapter. It can certainly serve as a model for other VAA and EAA chapters around the country. VAA Chapter 29 is definitely committed to helping young people with initial flight training in pursuit of a private pilot certificate.

The group has no shortage of antique/classic aircraft. There are a total of 278 airplanes based on Hayward Field. Vintage airplanes include various Aeronca, Beechcraft, Cessna, Waco, etc. Warbirds include Stearmans, AT-6, Grumman Bearcat and Wildcat, North American T-28 and P-51. In addition, there are numerous homebuilt aircraft on the field. The chapter offers a display day each month to show vintage aircraft to the public. 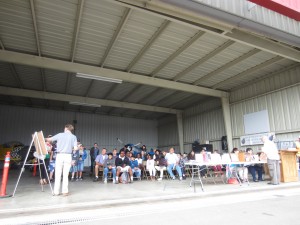 Activities of the chapter include the monthly membership meeting along with an annual Membership Appreciation BBQ where the entire Hayward tenant population is invited. Last year the group held a 1940’s themed dinner dance with music performed by a local Scout Explorer band that plays Big Band music. They host an Annual Christmas party each year.

In addition to the activities mentioned Chapter 29 also schedules fly-outs to local airports in search of the ever elusive $100 hamburger. The second Saturday of each month is normally reserved for a fly-out. A calendar for these fly-outs and all other events can be found in their monthly newsletter – “The Flying Wire”. Vintage Airplane Association Chapter 29 has formed a model for other chapters to use who wish to further vintage aviation and aviation in general. Go to their website at www.vaa29.org to find their newsletter and for additional information.

Tell us about your special airport that is home to vintage aircraft. You may have big events or a small group of people, we’d like to hear about it and feature your airport in upcoming issues of Vintage AirMail.